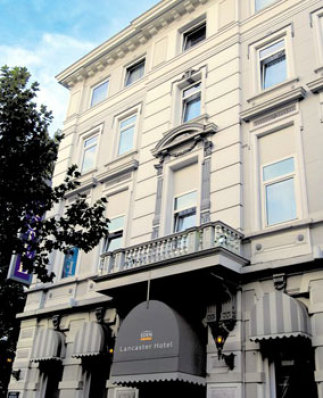 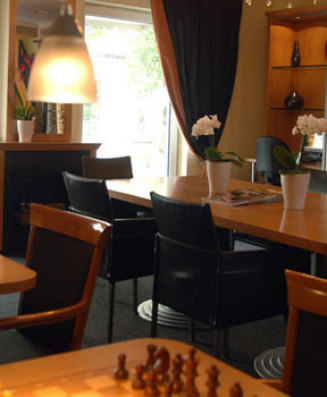 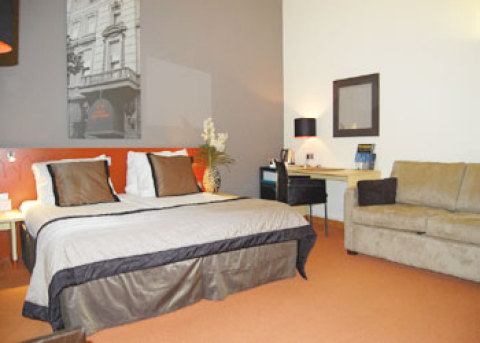 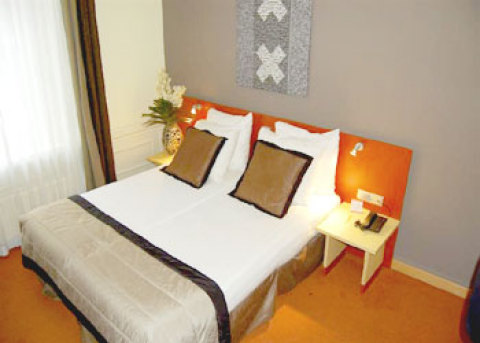 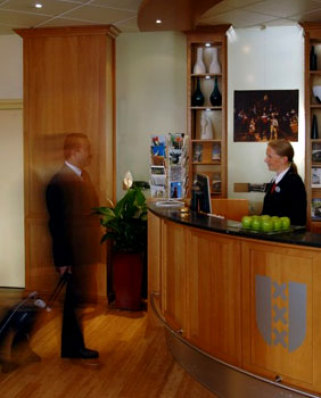 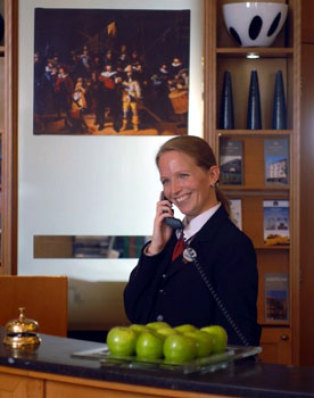 Location. The early 20th-century Eden Lancaster Hotel is located in Amsterdam, The Netherlands, opposite the zoo. The hotel is within one kilometre of Waterlooplein and Rembrandtplein squares. Amsterdam Central Station is two-and-a-half kilometres from the hotel.
Hotel Features. Eden Lancaster Hotel is a white, four-storey building. The hotel's lobby has a computer with free Internet access and a 24-hour front desk.

The hotel does not have its own restaurant but offers breakfast (surcharge), and the lobby bar serves snacks during the day.

Amsterdam can be explored on foot, or bicycle rentals are available close to the Eden Lancaster Hotel. There's shopping in Kalverstraat, one-and-a-half kilometres from the hotel. Nearby recreational activities include running tracks, boat launches and aerobics.

Guestrooms. The 91 contemporary guestrooms at the Eden Lancaster Hotel are decorated in light colours. All rooms have satellite television, complimentary dial- up Internet connections, and safes. Bathrooms have showers and complimentary toiletries.

<span style="color: black;font-weight:bold"> Fees:</span>
Please note that a city tax, to be paid at check-out, may apply to this booking. This charge is not included in the rates.

Getting there. A railway station is located under Schiphol Plaza, in the central hall of the terminal. Every 15 minutes a direct train runs to Amsterdam Central Station. Shared Schiphol Travel taxis can be found outside the arrivals hall. The cars can seat up to eight people and cost around 19 EUR per person. Private taxis into Amsterdam city centre cost approximately 40 EUR. Public buses frequently run to Amsterdam and other destinations. Buses 197 and 370 go to central Amsterdam and Amsterdam Zuid. Prices are all subject to change.

Getting around. The Eden Lancaster Hotel is on Plantage Middenlaan, opposite the zoo. Amsterdam can easily be explored by foot. However, there are convenient bus, tram and metro services running through the city and outside areas. Cycling is also a popular way to see Amsterdam. There are taxi ranks at the central station. Driving within the canal ring is discouraged. There is parking near the Eden Lancaster Hotel (surcharge).

Driving directions. From Amsterdam Schiphol Airport:
Take exit S113 East.
Turn left and continue for approximately three kilometres.
After the roundabout 'Tropenmuseum', turn right at the first traffic lights.
Go over the bridge and continue straight.
The hotel is 300 metres ahead on the left.