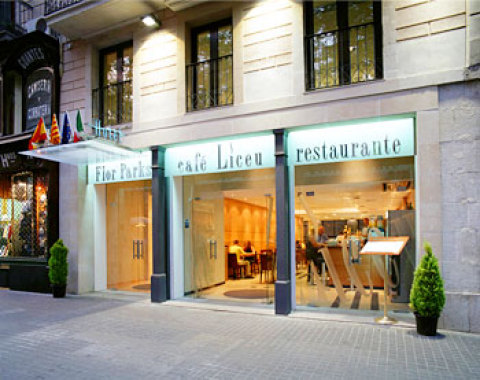 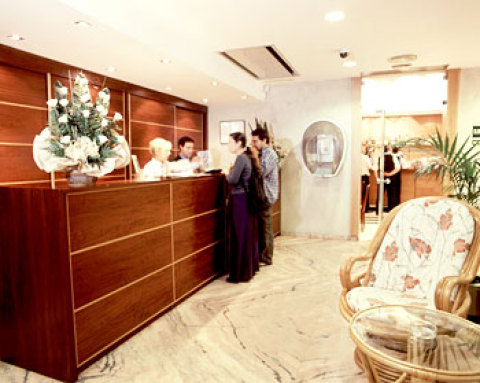 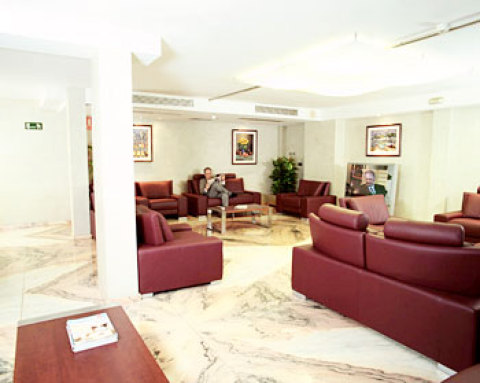 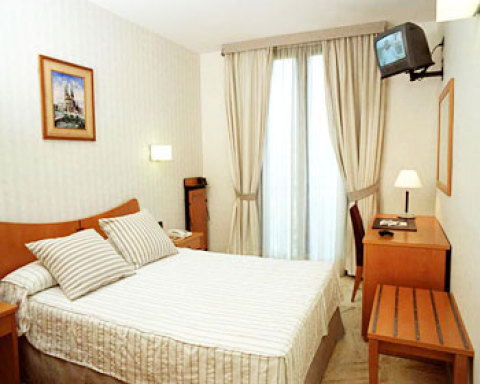 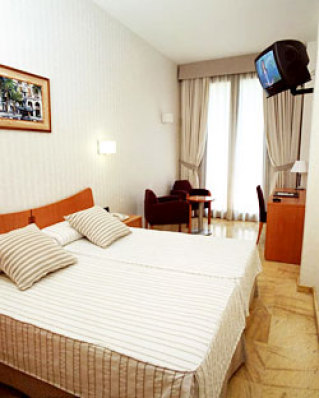 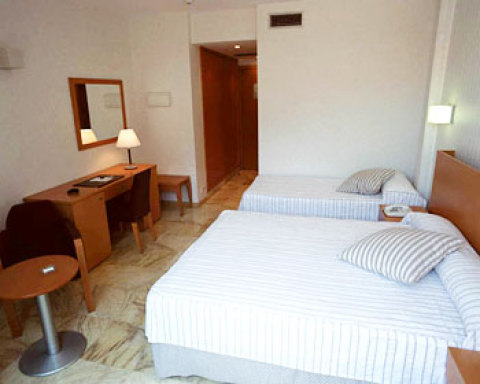 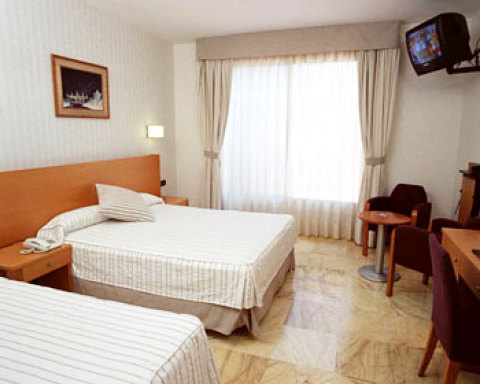 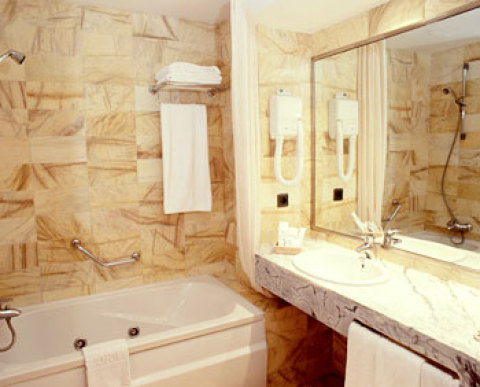 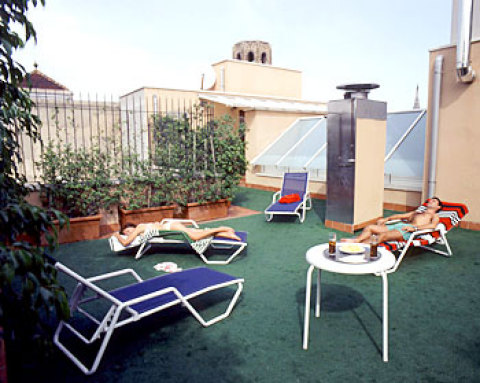 Location. Hotel Flor Parks is located in Barcelona, Spain, on Las Ramblas, 50 metres from Liceu Metro station. The Gothic Quarter and the Grand Royal Palace are both 300 metres away.
Hotel Features. The five-storey Hotel Flor Parks has a solarium and sun terrace and a bar serving drinks and snacks. Wireless Internet access and complimentary newspapers are available, and multilingual staff at the 24-hour front desk can secure valuables in the safe-deposit box. Parking is available nearby.

Lirica Restaurant serves Mediterranean dishes in a modern setting. Breakfast is available daily for a surcharge.

Expert Tip. Barcelona's Gothic Quarter, 300 metres from the hotel, features an atmosphere of medieval Europe, combining Roman and Gothic architecture. The area is made up of a maze of twisting streets, cathedrals, squares, shops, and cafes.

Getting there. There is a train station a short walk away from the airport terminals. The RENFE train runs between the airport and Barcelona's centre every half an hour. The fare is 3 EUR for a single ticket. There is also an Aerobus service operating to Placa de Catalunya every 12 minutes, costing 6.50 EUR for a return ticket. There are taxi ranks in front of the terminal buildings, and the fare to Hotel Flor Parks is approximately 40 EUR. Prices are all subject to change.

Getting around. The integrated metro and bus system in Barcelona is a cheap, efficient way to explore the city. Validate tickets in machines prior to boarding.

Book on Line for Flor Parks