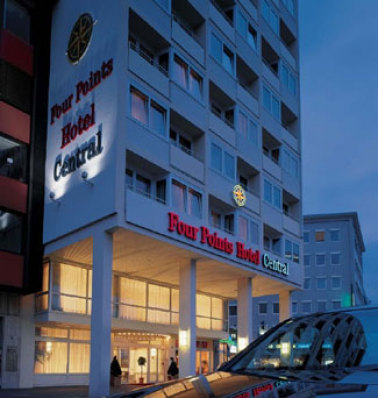 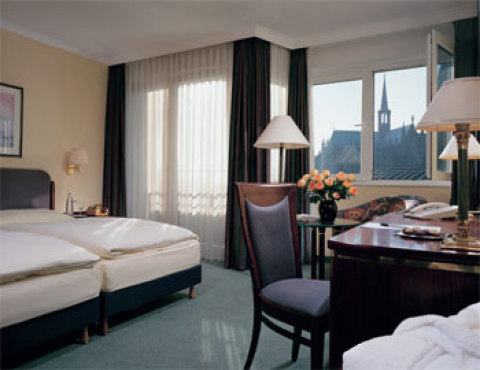 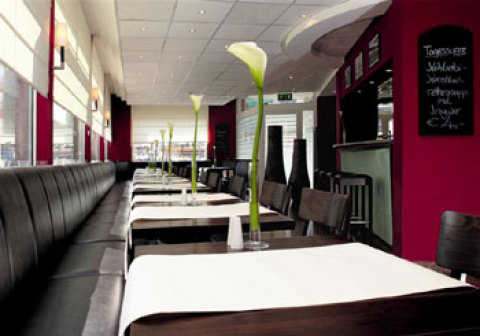 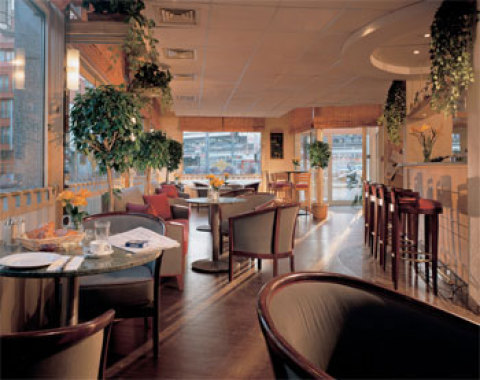 The Four Points by Sheraton Central Koln is a modern hotel set in Cologne's city centre, within 100 metres of the Rhine's banks, the city's pedestrian zone and the station. The hotel's 116 guestrooms have warm, contemporary interiors furnished with dark wood and white linen. All offer wireless Internet connections, telephones, satellite television with pay movies, coffee/tea makers, slippers and complimentary bottled water. Bathrooms include shower/tub combinations, bathrobes on request and complimentary toiletries.
Guests can use the high-speed Internet port, available in the business centre, to plan their travels and keep in touch. The concierge can provide sightseeing tips and business travellers can make use of modern meeting rooms. Guests can meet for drinks and meals throughout the day in the bistro and bar, and room service is available (limited hours). Complimentary newspapers are available daily in the lobby. The city's famous cathedral, the Dom, is 100 metres from the hotel, while the shopping mile is within 150 metres. Cologne Old Town is 200 metres away and the Ludwig Museum, housing works by Warhol and Lichtenstein, is 400 metres from the hotel. Cologne-Bonn Konrad Airport is 17 kilometres from the hotel and can be reached by car in approximately 15 minutes.

Driving Directions:
Regional and high-speed European network trains serve the airport. Taxis are readily available outside Terminals 1 and 2. Train line RE 8, and the S-Bahn 13 run from the airport to Cologne's main station. All transport facilities (bus, tram, tube and the RE (RegionalExpress), RB (RegionalBahn) and S (S-Bahn) trains) can be used with compound tickets, which are issued by the Verkehrsverbund Rhein-Sieg (VRS). Train- only tickets are also available. Ticket-vending machines at Cologne's train stations issue both kinds of tickets. At tram/tube/bus stations, only compound tickets (VRS) are available.

Book on Line for Four Points by Sheraton Central Koeln