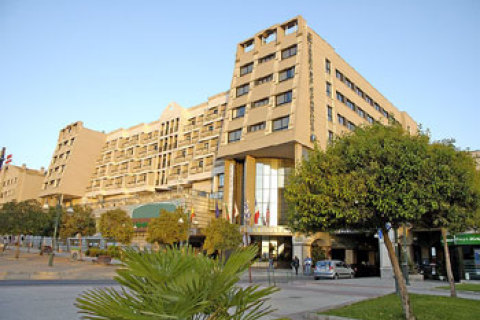 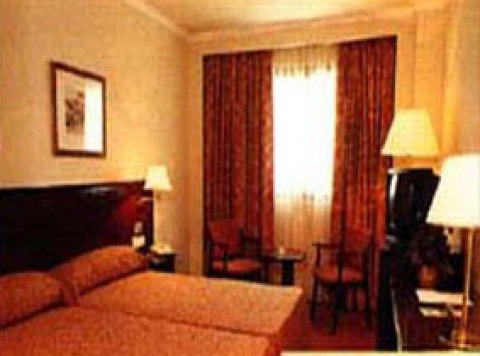 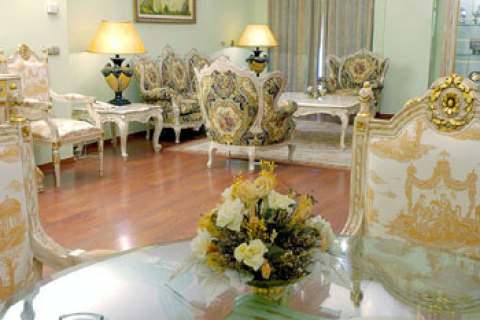 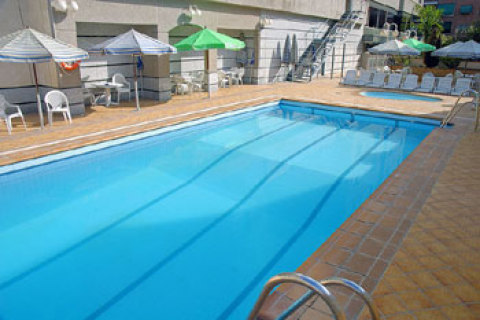 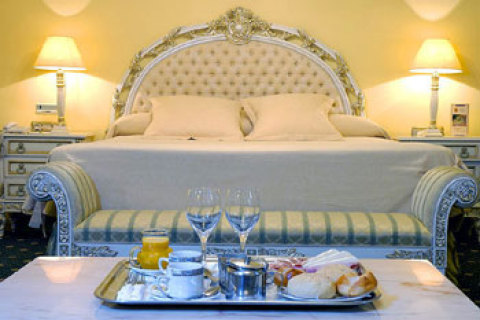 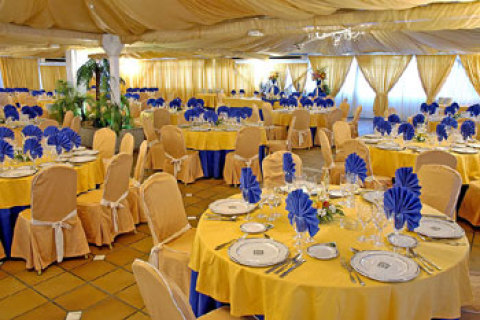 The Gran Hotel MA Luna de Granada is a large, modern hotel set in central Granada, just 400 metres from the florists and fountains of picturesque Bib-Rambla Square. The 253 air-conditioned guestrooms, over five floors, feature modern decor and furnishings. All include balconies, satellite television, clock radios, direct- dial phones, fireplaces, safes and minibars. Bathrooms have bidets, makeup mirrors, hair dryers and complimentary toiletries.
In the hotel's Generalife restaurant diners can choose from a selection of buffet cuisine, served in a modern atmosphere. Guests can also relax with drinks in the hotel's bar; take a swim in the outdoor pool, and order light meals from the room service menu. Those wishing to catch up on emails and surf the web can take advantage of high-speed Internet access in public areas, while other practical amenities include a 24-hour front desk, currency exchange, laundry facilities and onsite parking for those arriving by car. The hotel is in the centre of this busy city and is well placed for exploring the sights; the Science Museum, Convention Centre, Cathedral and Royal Chapel are all 1.5 kilometres of the hotel. It is also three kilometres from the Alhambra Monument, and four kilometres from the Cartuja Monastery. Granada Airport is an approximate driving time of 20 minutes from the hotel, a distance of 15 kilometres.

Driving Directions:
A bus runs between the airport and the Avda. de la Constitución, Gran Vía and Palacio de Congresos. One single ticket costs about 3 EUR. A taxi to the city centre costs about 16 EUR. The best way to get around the centre of Granada is on foot. A car is recommended for exploring the surrounding Andalucian countryside.
Driving directions: From the airport follow the Circunvalacion, the town's ring motorway. Take the A-92 until Exit 230 (Santa Fe, Granada, Sierra Nevada) and then the A-329 in Santa Fe village. Connect with the A44/E-902 and continue until Exit 128 (Mendez Nunez), until the roundabout facing the hotel.