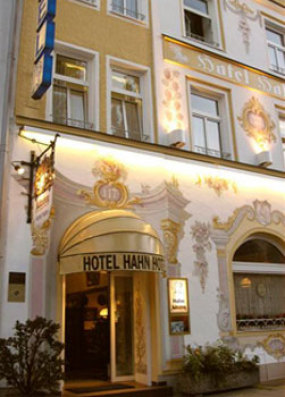 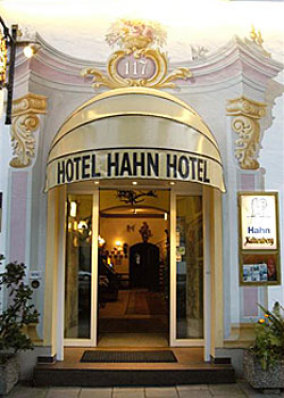 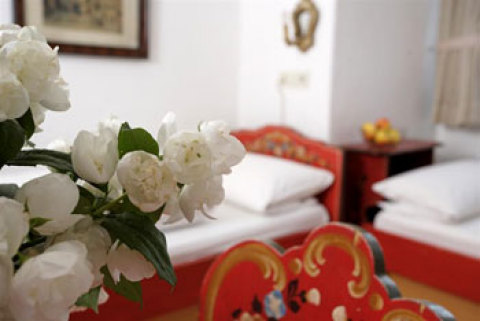 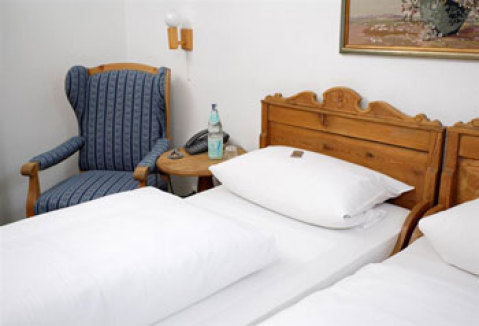 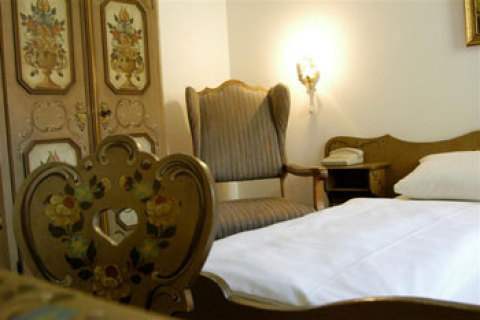 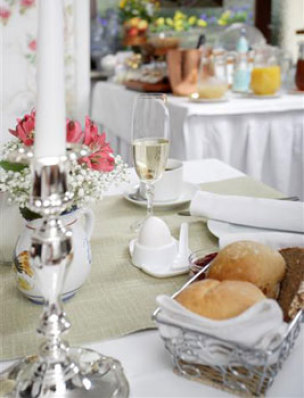 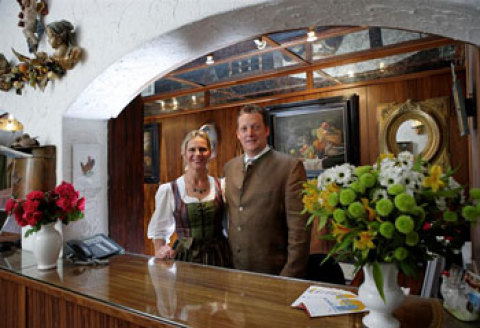 Location. The Hotel Hahn is located in the centre of Munich, Germany. The site of the annual Oktoberfest is one kilometre away, and the baroque Nymphenberg Palace is within four kilometres. Donnersberger Brucke station is 400 metres from the hotel.
Hotel Features. The boutique Hotel Hahn is housed in a modern five-storey property, which boasts a façade decorated with frescoes and opens to a lobby area characterised by antique-style furnishings. Guests can get sightseeing tips from the multilingual concierge, surf the web via the complimentary wireless Internet access, and round off the day with a drink in the bar. Complimentary parking is also available onsite.

Guests of the Hotel Hahn can start the day with a complimentary buffet breakfast.

Expert Tip. One of the world's largest parks, the Englischer Garten, is 15 kilometres from the hotel. Highlights include the renowned Chinesischer Turm which is a Chinese pagoda with a beer garden, a children's carousel, a Japanese tea house, and a 19th- Century Greek-style temple.

Renovation notice. The kitchen will be closed for renovations from the 31st October 2008 until the 8th November 2008. Breakfast will not be available during that period. Please contact the hotel for further details.

Getting there. The airport's train station is located between the two terminals on the basement level. The S8 and S1 S-Bahn trains leave every 20 minutes for Munich's main train station (Hauptbahnhof). Alight at Donnersberger Brucke for the hotel. Single tickets cost 8.80 EUR and must be validated prior to travelling. The Lufthansa Airport bus runs to the Hauptbahnhof every 20 minutes, and the single fare is 9.50 EUR. Taxis to the hotel cost around 55 EUR-65 EUR. Prices are all subject to change.

Getting around. Much of Munich's city centre is pedestrianised and best explored on foot. The city's integrated public transport system includes buses, trams, S-Bahn commuter trains, and U-Bahn underground trains. Tickets cover all modes of public transport. Taxis wait at ranks around the city, but can be expensive. Trains run from the Hauptbahnhof to other German towns and the Bavarian countryside.

Book on Line for Hahn Hotel