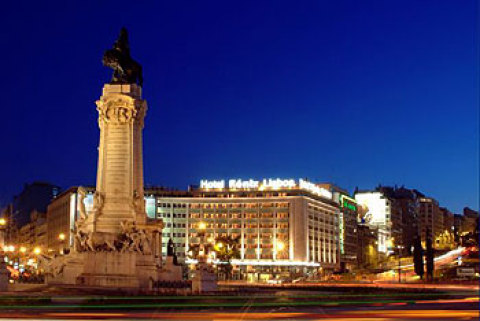 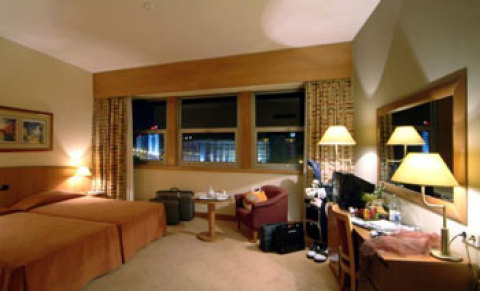 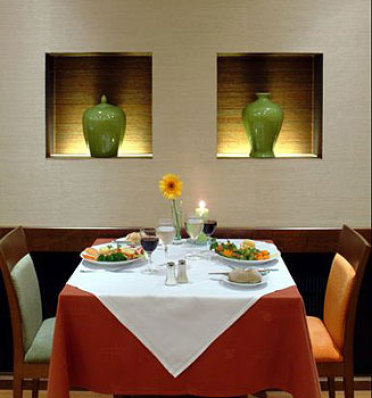 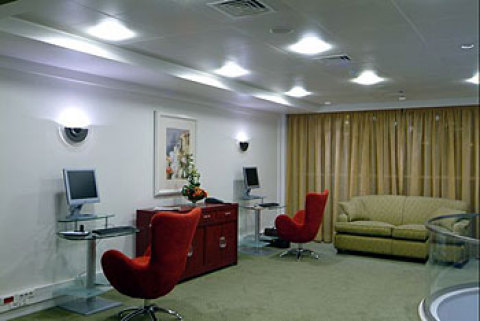 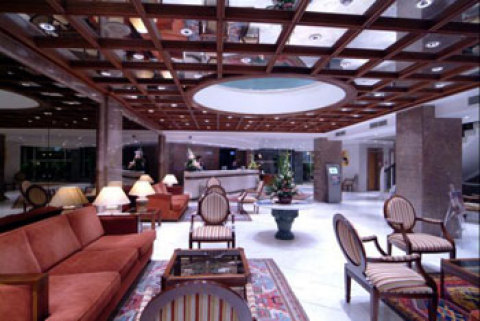 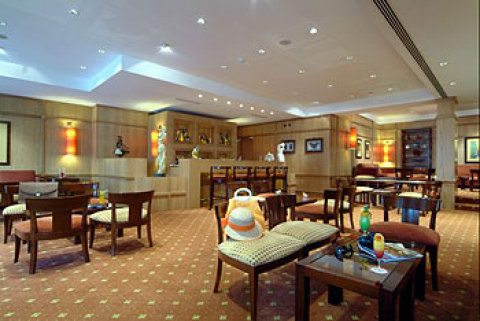 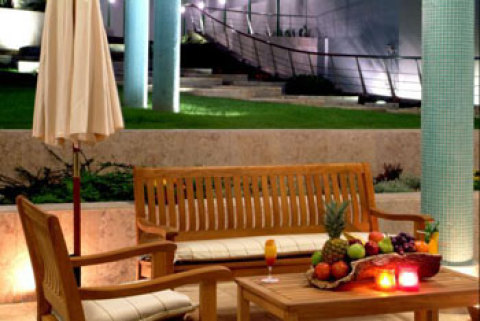 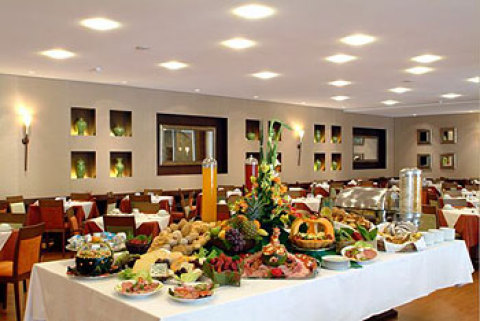 Location. The eight-storey HF Fenix Lisboa is located in Lisbon, Portugal, overlooking the Marques de Pombal Square and Edward VII Park. The hotel is within two kilometres of the historic city centre. Pombal metro station is next to the hotel, and Lisbon (Portela) International Airport (LIS) is eight kilometres away.
Hotel Features. HF Fenix Lisboa has a spacious lobby with marble pillars, potted trees and antique furnishings. There is also a contemporary interior garden designed by a Portuguese landscape artist, complete with marble staircases and cushioned seating.

The Fenix Lisboa's contemporary-styled Espaco Jardim Restaurant provides a complimentary buffet breakfast. It also serves international and Mediterranean dishes with a range of wines. The modern Lobby Bar, between the lobby and garden, offers a selection of snacks and cocktails.

There are seven conference rooms at the Fenix Lisboa, a business centre and wireless Internet access in public areas.

Guestrooms. HF Fenix Lisboa's 192 air- conditioned guestrooms have views of the garden, square or park, and are decorated in soft, warm tones. All rooms have Internet connections, satellite television, minibars and safes. Bathrooms have bath/shower combinations.

Expert Tip. Edward VII Park, opposite the Fenix Lisboa, was named after the King of England who visited Lisbon in 1903. It is a mix of formal gardens, sculptures, sports facilities and greenhouses with rare plants. It offers panoramic views across the city.

Getting there. Aerobus shuttle, number 91, runs between the airport, the city centre and the Cais do Sodre railway station every 20 minutes. Tickets cost 2 EUR for a single and 3.10 EUR for all day travel, and can be purchased on board. Public buses depart regularly for a variety of destinations in the city. A shuttle bus runs hourly to Estoril and Cascais, costing 8.50 EUR. Taxis cost 10 EUR to Lisbon city centre. There are extra fees for luggage and a 20 percent surcharge for night services. Prices are all subject to change.