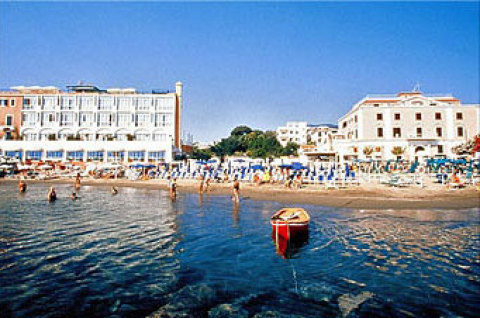 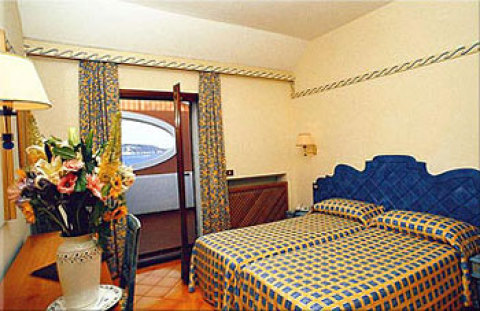 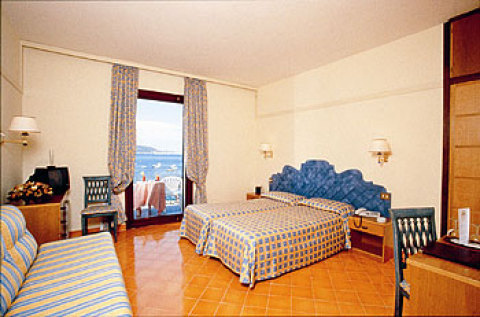 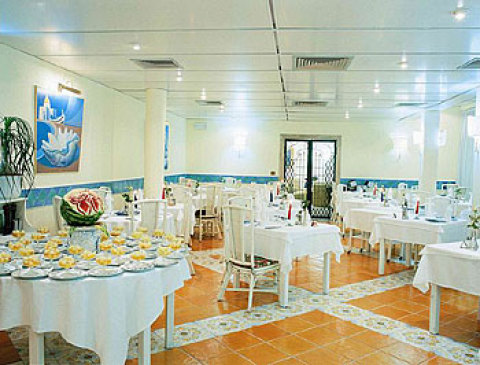 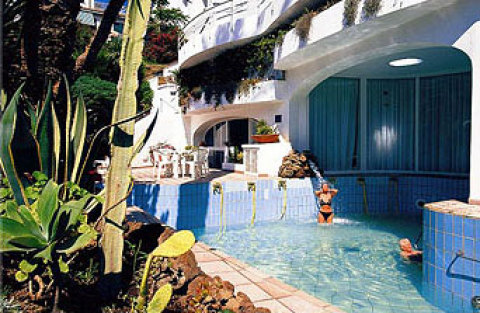 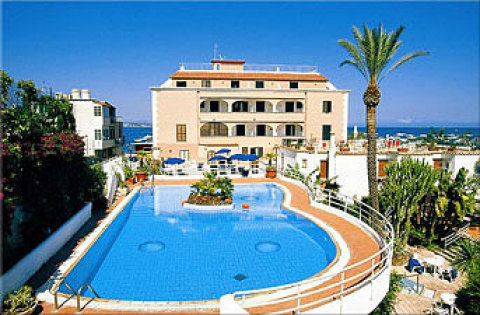 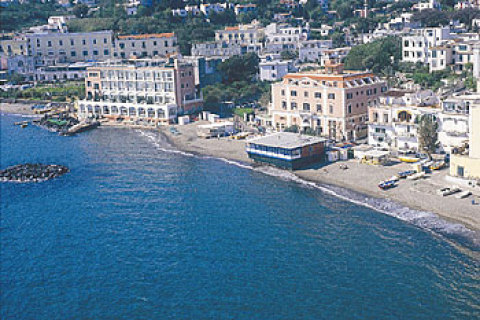 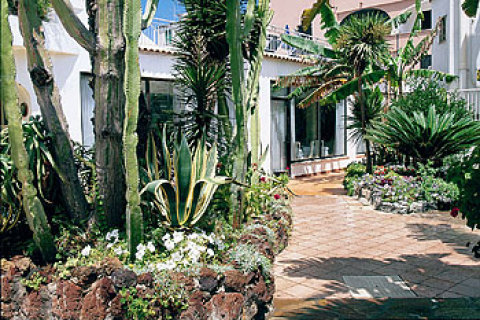 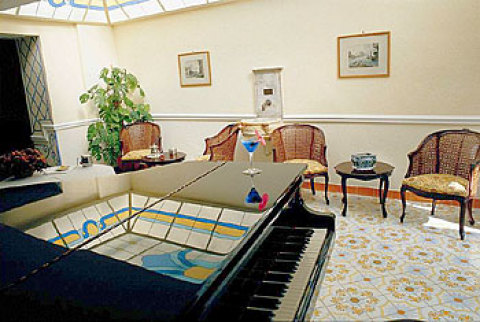 Location. The Hotel Mare Blu on the island of Ischia, Italy, overlooks the Tyrrhenian Sea and is located in Ischia's historic town centre. The hotel is one kilometre from the harbour and Aragon Castle.
Hotel Features. Once a nobleman's home, the Hotel Mare Blu is set in a converted villa, which was designed by an architect from Vanvitelli's school. The hotel has a private beach, 30 metres away, and a health spa. There is also complimentary parking.

Local fish and fresh vegetables are the specialities at the hotel's Mare Blu Restaurant, which serves international and Italian dishes. Guests can dine alfresco under the gazebo or enjoy the weekly candelit gala dinners with live music. The Mare Blu bar with television and games room offers a relaxed setting for drinks. The Hotel Mare Blu serves daily complimentary buffet breakfast.

The hotel has meeting rooms and a 24-hour front desk.

The hotel has tropical gardens, with two sun terraces and two swimming pools surrounded by sun loungers. One is an outdoor freshwater pool, and the other is partly covered and heated by a thermal mineral spring. The hotel also has a health spa with a gym, spa tub, steam room and massage treatment rooms. Windsurfing, tennis, yoga and other sports are available on site. Bicycles, scooters and dinghies can be hired.

Expert Tip. Ischia island views are best appreciated from the peak of the extinct volcano, Mount Epomeo, five kilometres away.

Getting there. Taxis depart for Naples Port (at the bottom of Piazza Municipio) from where hydrofoils and ferries sail to the Amalfi Coast, Sorrento, and the islands of Ischia and Capri. On arrival in Ischia, take a taxi to the hotel.

Getting around. The hotel is on Via Pontano, in the town centre, 1 kilometre from the harbour. The island is easily explored on foot, by bicycle or by private car. The hotel offers complimentary parking.

Driving directions. From Naples Capodichino Airport:
Take the motorway in the northeast direction of Naples.
On arrival in Naples, follow signs for the Moto Beveroto Harbour.
At the harbour, travel by ferry to Ischia Harbour.
Follow signs for the village of Ischia Ponte.
Hotel Mare Blu is located one kilometre from Aragon Castle.