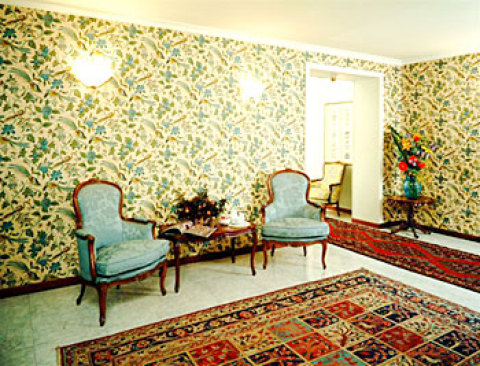 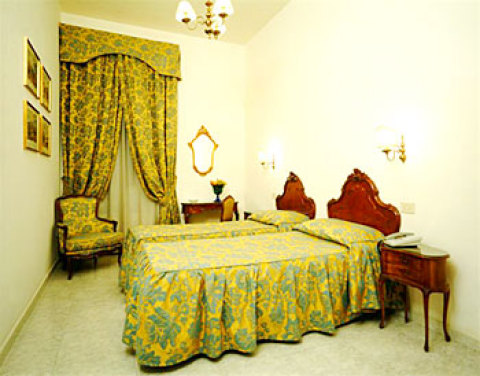 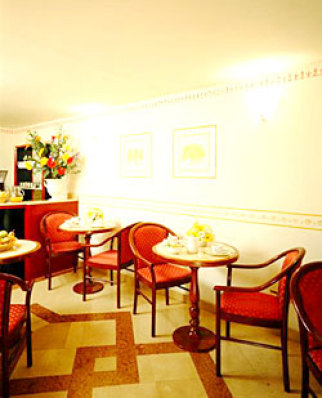 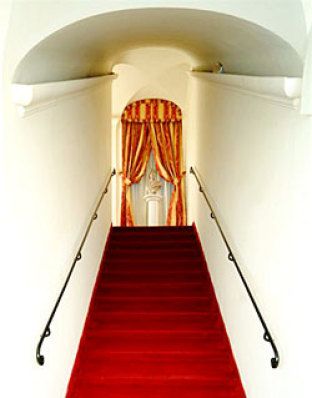 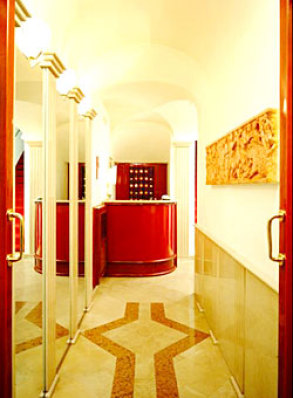 Location. Hotel San Silvestro is located in the centre of Rome, Italy, within 300 metres of the Spanish Steps and 500 metres from the Trevi Fountain. The nearest metro station is 100 metres from the hotel.
Hotel Features. Hotel San Silvestro is housed in a traditional 19th-century property spread over three storeys. Guests can start the day with a complimentary continental breakfast and ask the hotel staff for tour assistance and sightseeing advice. The hotel operates a 24-hour front desk.

Expert Tip. Rome's Trevi Fountain, located 500 metres from Hotel San Silvestro, is a spectacular Baroque marble monument commissioned in 1732 by the then Pope and depicting Neptune with his chariot. Legend has it that those who throw a coin into the fountain will be sure to return to Rome.

Getting there. The Leonardo Express runs between the airport and the Termini train station in the city centre every 30 minutes. The journey time is about 35 minutes and single tickets cost 9.50 EUR. The Terravision shuttle bus runs between the airport and Termini station. Taxis to the hotel cost about 50 EUR, and taking a metered licensed taxi is advised. Prices are all subject to change.

Getting around. Rome's historic city centre is easy to explore on foot, as many attractions are located close together. The city has an efficient public transport system, including trams, buses, suburban trains, and metro (underground). Tickets can be purchased from tobacconists and ATAC ticket machines, and should be bought prior to boarding. Single tickets cost 1 EUR, and are valid for 75 minutes, covering one metro trip and unlimited bus travel. Driving in the city centre is not advised for visitors.