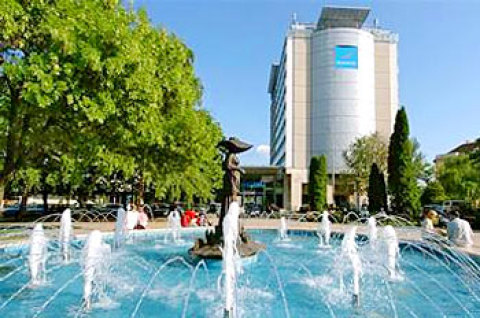 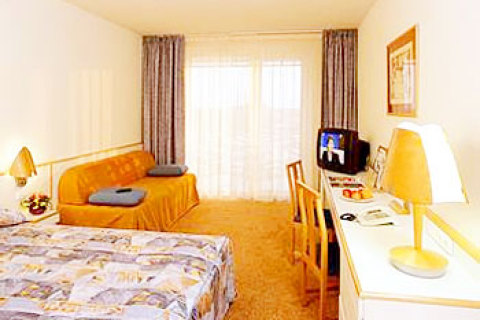 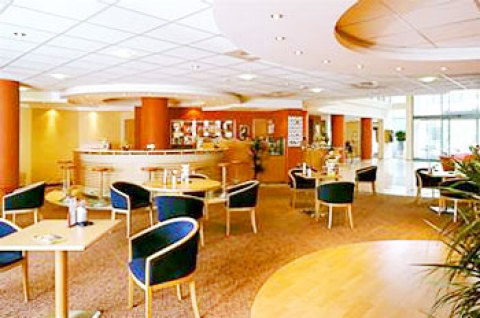 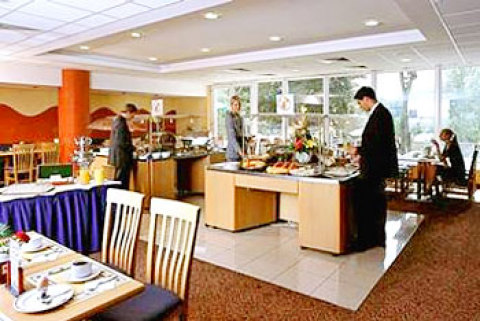 Location. The Novotel Szeged is located in the centre of Szeged, Hungary, 200 metres from the north bank of the River Tisza, and 500 metres from both the National Theatre and Dom Cathedral. Szeged Railway Station is three kilometres away.
Hotel Features. An eight-storey modern hotel, the Novotel Szeged has wireless Internet available throughout, and there is a technology helpdesk. The Wellness Centre offers a sauna, solarium, tanning salon, and massage, and the hotel also provides childcare, laundry services, shoe shine, and complimentary parking.

The Novotel Szeged Garden Brasserie offers Hungarian and international dishes, which can be served on the terrace during the summer. A buffet breakfast is also served (surcharge), and local artworks are exhibited in the colourful lobby bar, where sandwiches and coffee are available.

Novotel has five flexible meeting spaces, the largest hosting up to 200 delegates. There is wireless Internet as well as fax, copying and printing services.

The Tisza River offers various boating activities, and fishing, water skiing and windsurfing are available nearby. Other fitness activities in the area include yoga and Pilates classes, and running.

Guestrooms. The 136 guestrooms at the Novotel Szeged are air-conditioned and decorated in a colourful modern style. All have rollaway beds, minibars, wireless Internet, pay movies, safes, and bathroom radios. Balconies have views of the city or river.

Expert Tip. The Szeged Dom Cathedral was built between 1913 and 1930, due to a vow made by the town's citizens during the flood in 1879 which destroyed all but 300 of the city's houses. The Dom has a three- metre-high Madonna to protect its doorway, while inside, a more unusual 'Madonna in a fur coat' wearing red slippers presides over the altar.

Getting there. The train journey from Budapest takes approximately 150 minutes to Szeged station, three kilometres from the hotel.

Getting around. Public transport systems in Szeged include trams, trolley buses and buses. Taxis are also readily available.

Book on Line for Novotel Szeged