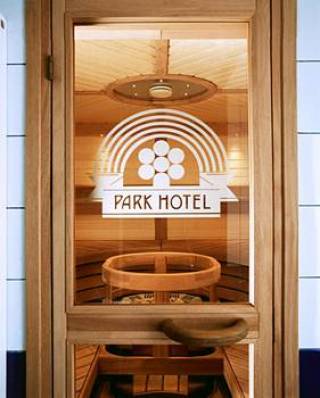 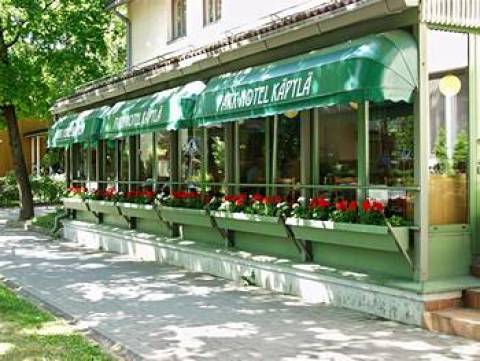 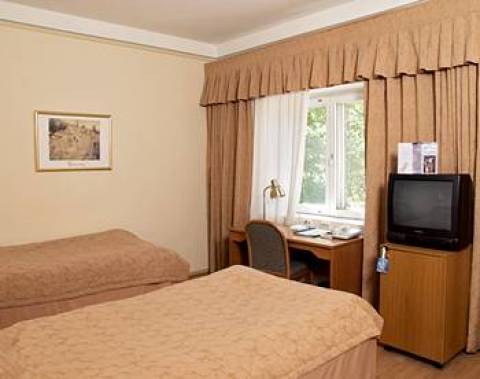 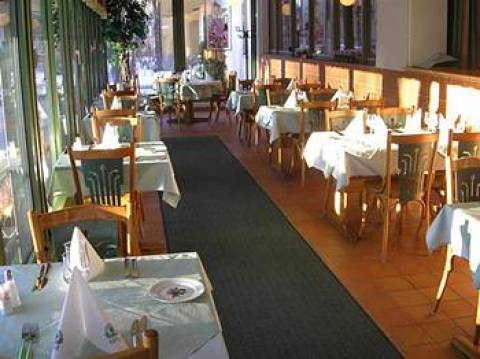 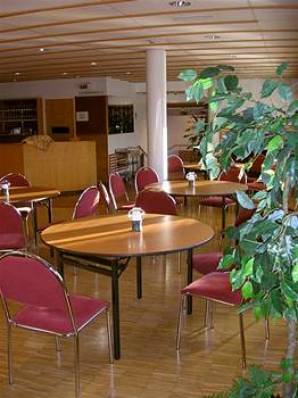 Location. The Park Hotel Kapyla is located in Helsinki, Finland, in the quiet suburb of Kapyla noted for its wooden townhouses and gardens. It is three kilometres from Helsinki University and six kilometres from the city centre. Kapyla metro station is 500 metres from the hotel, and connects to the city until late. Helsinki Airport is 12 kilometres away.
Hotel Features. A modern but discreetly designed four-storey building, the Park Hotel Kapyla has a lobby with a television, a 24-hour front desk, and a safe- deposit box. There is also complimentary use of the gym available, and use of a sauna and indoor swimming pool offered for a surcharge. Practical amenities include complimentary wireless Internet access, a nearby gift shop, grocery, florist and post office, and complimentary parking available on surrounding streets.

The restaurant at Park Hotel Kapyla serves European and Scandinavian dishes, such as Salted Salmon with Dark Bread and Mustard Sauce, and Reindeer Steak with Dark Game Sauce and Potato Gratin. Occasionally, Japanese specialities are offered. A buffet breakfast is complimentary, and there is an outdoor terrace open in summer. The sauna offers a snack menu, and there is a bar.

There is a flexible meeting space at the Park Hotel, which host up to 120 and is equipped for audio- visual presentations.

Nearby are courts for tennis and squash, and the Helsinki Golf Club, in the park of Tali Manor, has an 18- hole course which is six kilometres from the hotel.

Guestrooms. The 40 guestrooms at Park Hotel Kapyla are simply designed in whites and pinks. All have satellite television, desks, direct-dial telephones, and high-speed Internet connections. Massage services are offered in-room, and there are minibars.

Expert Tip. The Helsinki Festival is an annual cultural jamboree taking place in August, featuring a host of large open-air concerts and events, including circus, theatre, and art exhibitions.

Getting there. Taxis from the airport to the hotel cost around 20 EUR and to Helsinki city centre approximately 30 EUR. Public buses (numbers 415, 451, 519, and 615) leave for Helsinki city centre every 10-30 minutes, and cost about 4 EUR. Finnair city buses depart every 15-20 minutes and run until midnight daily. Single tickets cost about 5 EUR. Bus stops can be found outside both terminals. Prices are all subject to change.

Getting around. Helsinki's public transport system (HKL) includes buses, trams, and a metro system. Metro station Kapyla is 500 metres away from the hotel. Most of the Metro lines run until 11.30 p.m. Tickets cost less when purchased prior to boarding. A HKL tourist ticket is available, offering unlimited travel on all forms of public transport. Ferries run from the harbour to the Suomenlinna fortress.

Driving directions. From Helsinki Airport, head east on Pyhtaankorventue toward 138/Llmakeha and turn right to take this route.
After about 11 kilometres, take the ramp onto 45 and turn left to stay on this route.
Continue onto Pohjolankatu where the hotel is found.