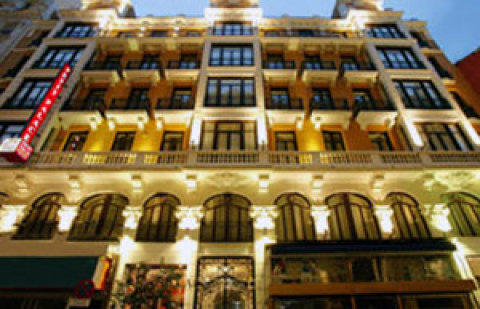 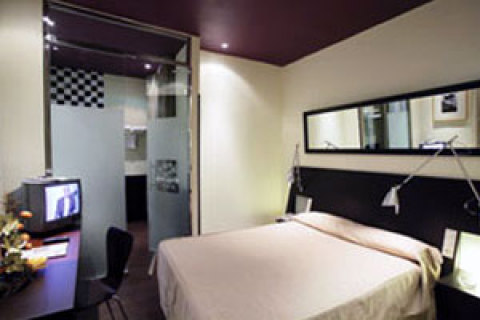 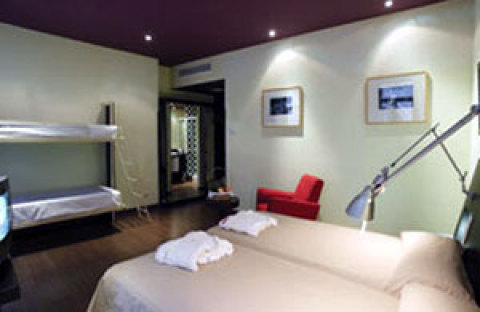 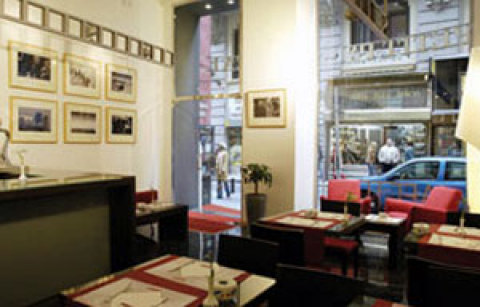 The Petit Palace Ducal in Madrid is a regal-looking hotel occupying a 19th century palace in the center of the city, 10 metres from the city's main Gran Via avenue. This seven-floor hotel features 58 air-conditioned guestrooms furnished in a modern style with red ceilings, white walls, and dark wood furniture. Amenities include high-speed Internet connections, cable television, minibars, direct-dial phones, safes, and complimentary newspapers. Ensuite bathrooms feature baths, hydro-massage showers, and hairdryers.
Staff on the 24-hour front desk of the Petit Palace Ducal can advise on excursions and tours around Madrid and the surrounding area. Business guests are catered for with a meeting room, complimentary high-speed Internet access and printer, fax, and photocopying services.
The Petit Palace Ducal, Madrid, has parking facilities nearby for those arriving by car. Guests can enjoy snacks and drinks at the Café Tech, which serves modern Spanish cuisine for breakfast daily and lunch from Mondays to Fridays. The hotel is ideally suited for trips around the city centre with the Chueca shopping area 100 metres away and the Puerta del Sol's bars and restaurants are 300 metres from the hotel. Madrid - Barajas airport is 12 kilometres (seven-and-a-half miles) away and takes around 30 minutes by car.

Driving Directions:
Taxis are available at the terminal and cost around EUR 30. The hotel can also be reached by metro from Barajas metro station. Trains depart from Line 8 to Nuevos Ministerios. Change to Line 6 towards Alonso Martinez and from here take line 5 to Grand Via station, and the hotel is a few feet away. Madrid's extensive metro and public bus systems provide an efficient and cheap way of getting around the city. Taxis are moderately priced and can be hailed in the street.
Driving directions: From the airport, take the M40 and head towards Andalucía and Valencia. Take the detour towards Vicálvaro - O'Donnel until Alcalá Street. Continue to Gran Vía Street and at the metro station turn into Hortaleza Street.