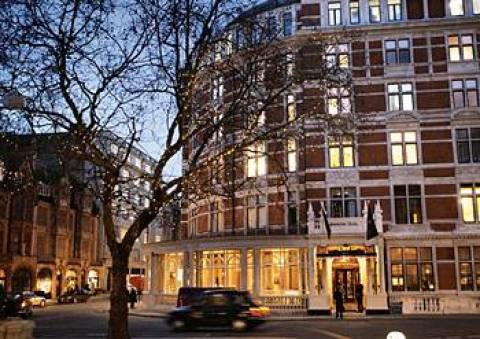 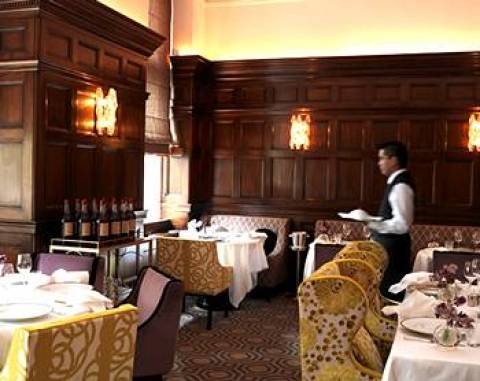 The Connaught
Previous Next

Description & Details of The Connaught

Location. The Connaught is located in London s Mayfair district, 500 metres from the stores lining Regent Street, and one mile from Harrod s store and Buckingham Palace.
Hotel Features. The Connaught dates from 1897, and retains a 19th-century style with muted colour schemes, timber-panelling, and open fireplaces featuring throughout the lobby and lounge areas. Access to wireless Internet and complimentary newspapers are provided, and multilingual staff are available at the front desk, which is open all hours. Guests of the hotel receive a personal butler available 24 hours a day, and there is a 3:1 staff ratio.

Helene Darroze at the Connaught serves regional French dishes, and the Espelette restaurant has an organic, seasonal menu. Afternoon tea, including British finger sandwiches, traditional tarts, and farmhouse cakes, is served at The Gallery. Designed by India Mahdavi, the Coburg Bar has original Julian Opie artwork on display, with fine wines and cocktails available to order.

Getting there. The Heathrow Express train is the quickest way into London. It departs from the airport every 15 minutes, and takes 15 minutes to reach Paddington Station in central London. The journey is non- stop and costs 14.50 GBP. Paddington is on the Hammersmith and City, District and Circle, and Bakerloo lines of London s Underground (Tube). Additionally, the airport is on the Piccadilly line of the Underground, which runs directly to Kings Cross, Leicester Square, Knightsbridge, and Green Park underground stations. Bond Street is the closest underground station to the hotel. The journey to central London takes approximately one hour, and trains depart every 10 minutes. A one-day travel pass costs 6.30 GBP, including travel to Heathrow (in zone 6). Black taxis cost approximately 50 GBP to the Connaught. Coaches operate to London Victoria and the rest of the UK, and the airport is also served by local buses. Prices are all subject to change.

Features & Amenities of The Connaught

Activities & Atractions for The Connaught

Map of The Connaught

Photos of The Connaught

Book on Line for The Connaught