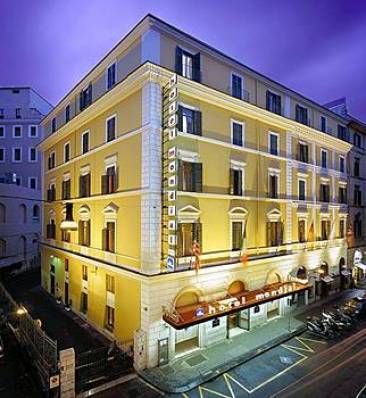 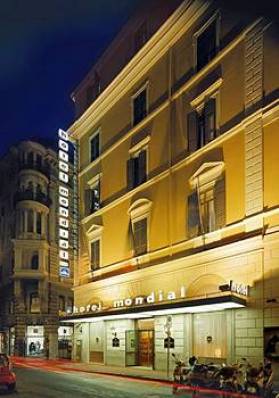 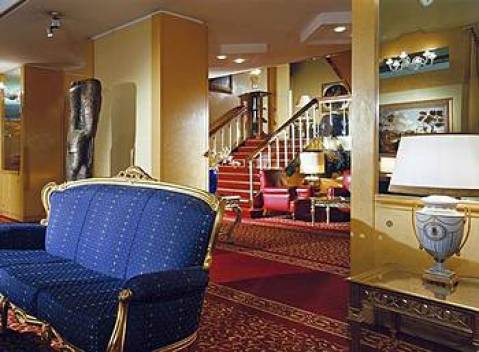 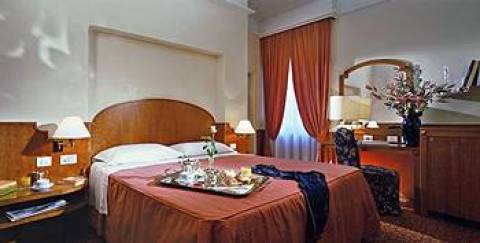 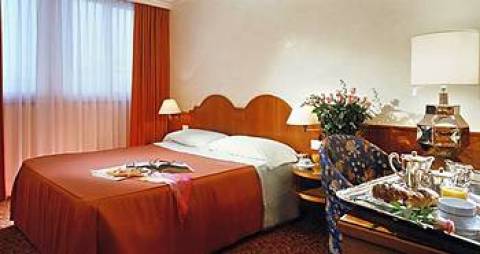 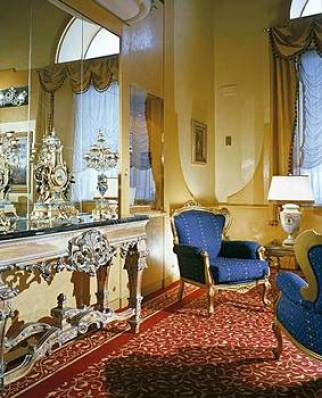 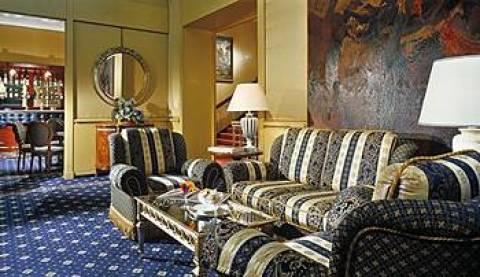 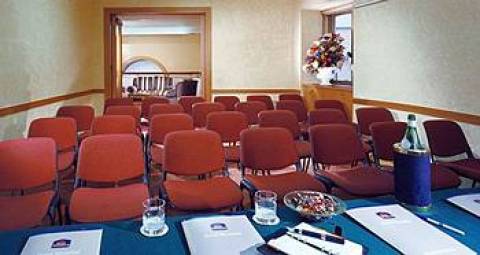 Location. The centrally located Best Western Hotel Mondial is located in Rome, Italy, opposite the Opera House. The hotel is within 300 metres of the Basilica of Santa Maria Maggiore, and within 800 metres of Via Veneto's shops and Piazza Venezia's Italian memorial. The Spanish Steps and the Trevi Fountain are one kilometre away. The closest metro stop is Repubblica, 100 metres from the hotel, and Stazione Termini railway station is within 700 metres.
Hotel Features. Occupying an impressive 19th- century building, the five-storey Best Western Hotel Mondial has a 24-hour front desk with multilingual concierge staff on hand to provide sightseeing information, book opera tickets or make restaurant reservations. There is a garden for guests' use.

Drinks are served in the bar. Complimentary hot buffet breakfasts are available at the hotel.

The Best Western Hotel Mondial has meeting rooms for small groups, and high-speed Internet access in the lobby (surcharge).

Expert Tip. Via Veneto, 800 metres away, is famous for its designer shops and pavement cafés. The street also featured as a backdrop in the famous 1960s film 'La Dolce Vita'.

Getting there. The Leonardo Express runs between the airport and the Termini train station in the city centre every 30 minutes. The journey time is about 35 minutes and single tickets cost 9.50 EUR. The Terravision shuttle bus runs between the airport and Termini station. From Termini, the metro runs to Repubblica station, 100 metres from the hotel. Taxis from the airport to the city centre cost about 60 EUR, and taking a metered licensed taxi is advised. Prices are all subject to change.

Getting around. The hotel is on Via Torino. Rome's historic city centre is easy to explore on foot, as many attractions are located close together. The city has an efficient public transport system, including trams, buses, suburban trains, and metro (underground). The closest metro stop to the hotel is Repubblica, 100 metres away. Tickets can be purchased from tobacconists and ATAC ticket machines, and should be bought prior to boarding. Single tickets cost 1 EUR, and are valid for 75 minutes, covering one metro trip and unlimited bus travel. Driving in the city centre is not advised for visitors. Garage parking is available at the hotel (surcharge).