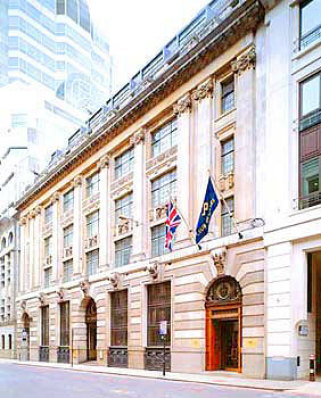 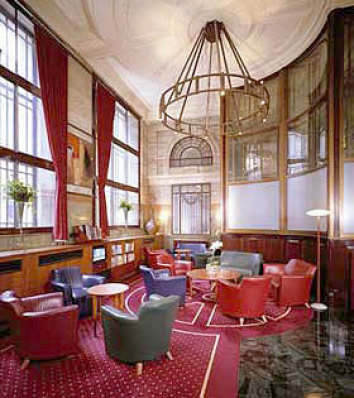 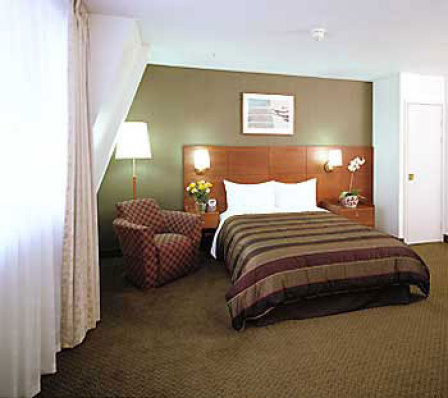 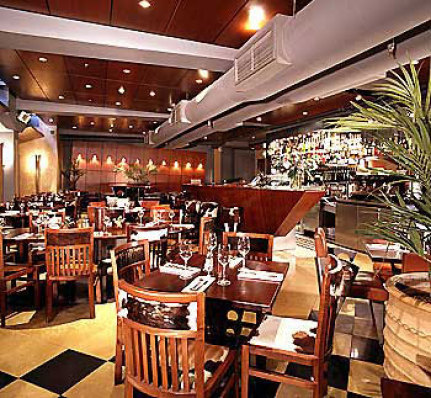 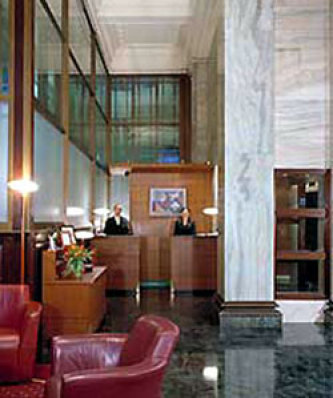 Expert Tip. Leadenhall Market is a popular cobblestone-paved, glass-covered retail center located across from the hotel. At one time, the market served as a slaughterhouse. A goose named Old Tom distinguished himself as a dedicated escapee who eventually merited celebrity status. Following the gander's death in 1835 at the age of 38, he lay in state and was ultimately buried at the market.

Standard double room:   One queen bed or one double bed, with cotton bed linens, and either a soft, fitted bed cover or a duvet. Bathrooms have a long, curved, granite-effect vanity, with cream-colored floor tiles, chrome accents, and either a shower/tub combination or a shower only.

Getting there. The Club Quarters, Gracechurch is located in the City district. Express trains travel from both airports into the center of London, for transfers to taxis or the Underground. The Underground station nearest the hotel is Monument.

Getting around. Taxis are readily available and can be hailed from the sidewalk. Although parking facilities are nearby, there are heavy fines for drivers who forget to pay congestion zone tolls into central London.

London charges congestion zone fees within clearly designated areas of the city. Those who operate vehicles within these zones are assessed daily fees that apply Mondays through Fridays. The money-saving Oyster Card is a smartcard that stores up to 90 pounds of pay-as-you-go credit. It can be used on the Tubes, buses, DLR, trams and select national rail services throughout London. Oyster Cards are less expensive than single fares, and daily price capping automatically calculates the least expensive fare for single-day journeys. Oyster Cards can be purchased at the Oyster website, most Tube station ticket offices, at Oyster Ticket Stops, at select National Rail ticket offices, at select London Travel Information Centres, and by telephone at 0845 330 9876.