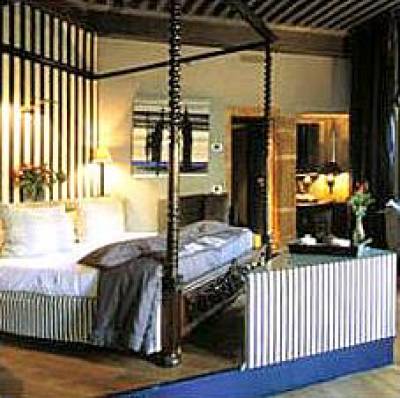 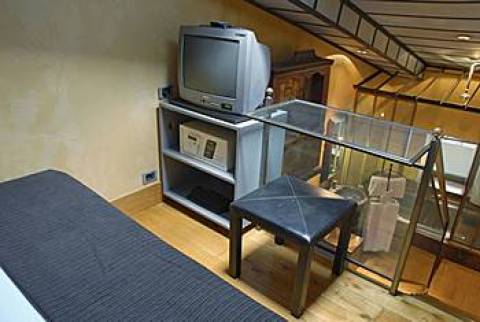 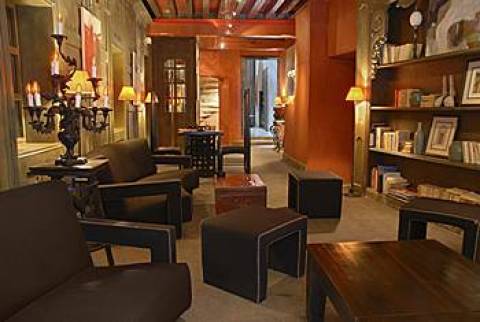 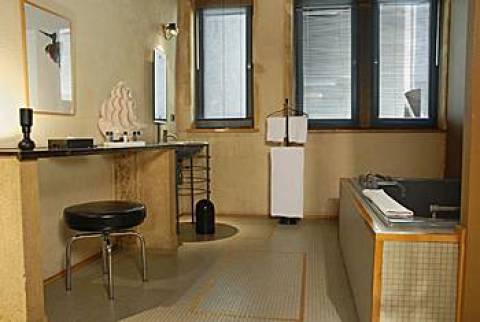 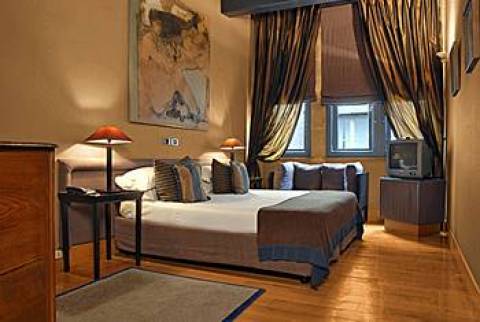 Location. The designer Cour Des Loges hotel is located in a cobbled lane in the centre of Lyon, France. The Saint Jean Cathedral is just 200 metres away, as is the Vieux Lyon Metro station.
Hotel Features. Set in a former Jesuit college, the Cour Des Loges hotel combines Renaissance- style architecture with contemporary decor. The hotel's glass-roofed courtyard houses hand-painted frescoes, modern artworks and lifts up to three towers. The hotel is a favourite with celebrities like Michael Jackson and Henry Kissinger.

The hotel's Les Loges restaurant serves innovative French fusion cuisine in a vaulted dining room with minimalist decor. The glass-roofed lobby bar serves coffees, teas and cocktails. Cigars and light refreshments are on offer at the Fumoir, which also has a small library. The late-night bar serves drinks in a Renaissance-style setting, with hand-painted frescoes, a vaulted ceiling and doors out onto the Rue du Boeuf.

The Jeu de Paume conference room can accommodate up to 150 people. It features 15th-century columns and views over the courtyard. There are six other conference rooms including the frescoed Salon Agapes, with its grand fireplace. High-speed internet connections are available (surcharge).

Expert Tip. A network of secret underground tunnels, the Traboules, criss-cross beneath the streets of the Renaissance-quarter streets that surround the Cour Des Loges hotel.

Getting there. The hotel is in the Old Town of Lyon, on the cobbled Rue du Boeuf. Shuttle buses to the centre of Lyon leave every 20 minutes between 6 a.m. and 11 p.m. at bus stop 1. The journey takes approximately 45 minutes and single tickets cost 8.60 EUR. Taxis generally cost approximately 35 EUR-40 EUR to Lyon, but prices are higher after 7 p.m. High-speed trains operate between the airport's TGV station and many locations in France, including Paris, Avignon, and Grenoble. Prices are all subject to change.

Getting around. The hotel is located on Rue du Boeuf in central Lyon. Lyon city centre can easily be explored by foot. Over 85 bus lines and a metro system operate between Lyon and the surrounding areas. Tickets can be purchased at train stations, city kiosks, and vending machines, or from bus drivers. Taxis are available from ranks, and can also be hailed in the street. Valet parking is available at the hotel.

Driving directions. From Lyon Saint- Exupery (Satolas) Airport:
Take the A43 highway toward Lyon Centre.
Cross the Rhone and Saône rivers.
After the River Saône, turn right onto Quai Romain Rolland.
Turn left onto Rue Louis Carrand.
At the end of the street, turn left, then right, then left again.
This will bring you onto Rue du Boeuf.