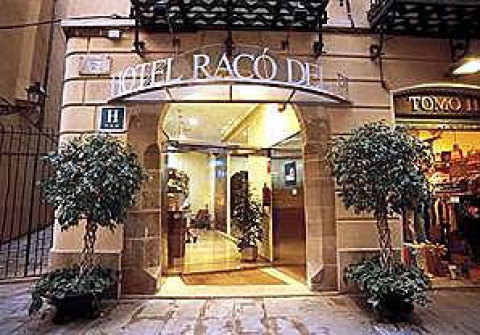 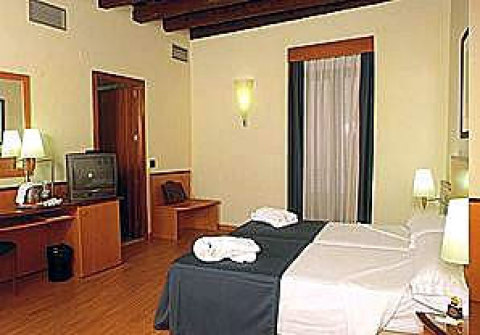 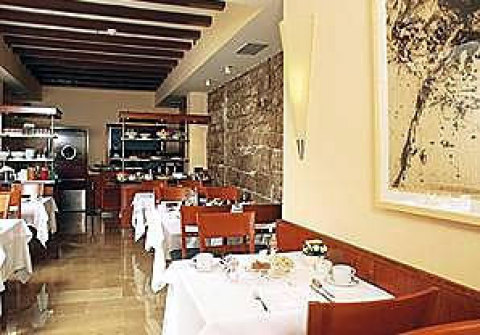 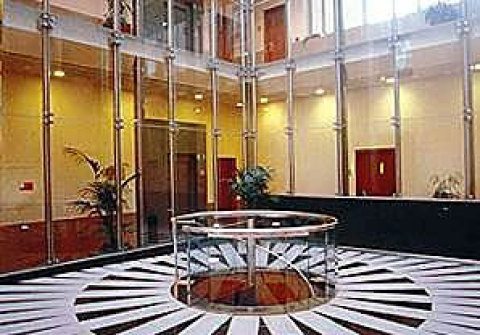 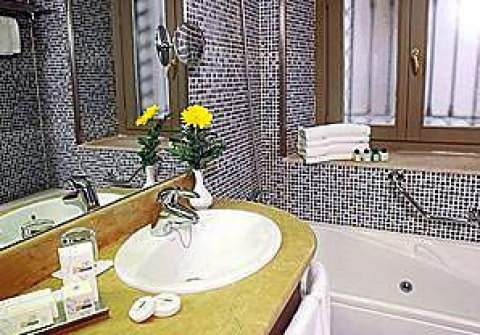 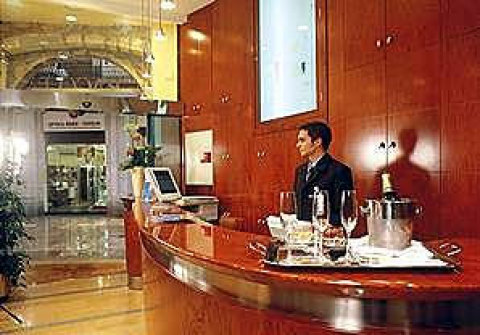 Location. The historic H10 Raco Del Pi hotel is located in the Gothic Quarter, Barcelona, Spain. The hotel is two blocks from Las Ramblas boulevard and Santa Maria del Mar Cathedral. The Picasso Museum and Placa Catalunya are both 250 metres away.
Hotel Features. Housed in a listed 19th- century building, the H10 Raco Del Pi hotel retains many original features combined with contemporary design, like the internal terrace formed from glass inner walls. The lobby is furnished with blue and cream leather armchairs and there is a 24-hour front desk where staff can provide information on sightseeing. Guests are welcomed with a bottle of Cava.

Complimentary coffee and pastries are served throughout the day in the Lobby Bar, as well as drinks and light meals. The dark wood panelled Buffet restaurant serves continental breakfast (surcharge) every morning at the H10 Raco Del Pi hotel.

The hotel lobby has a business corner with complimentary high-speed Internet access and a photocopier. Complimentary international newspapers are provided.

Guestrooms. The H10 Raco Del Pi hotel's 37 air-conditioned guestrooms vary in size, in keeping with the historic building. They are decorated in pale yellow colour schemes, with modern furniture and print fabrics. Some rooms have private balconies. All have cable television, minibars and safes.

Expert Tip. The hotel can be found in the Gothic Quarter of Barcelona. In addition to the cultural attractions, the area is also prime shopping territory. The surrounding side streets and Portal de L'Angel are home to numerous fashionable boutiques.

Getting there. There is a train station a short walk away from the airport terminals. The RENFE train runs between the airport and Barcelona's centre every half an hour. The fare is 3 EUR for a single ticket. There is an Aerobus service operating to Placa Catalunya every 12 minutes, costing 6.50 EUR for a return ticket. There are taxi ranks in front of the terminal buildings, and the fare to the city centre is approximately 25 EUR. Prices are all subject to change.

Getting around. The H10 Raco Del Pi hotel is situated on Del Pi street. The integrated metro and bus system in Barcelona is a cheap, efficient way to explore the city. Validate tickets in machines prior to boarding. The nearest metro station to the hotel is Catalunya. There is car parking nearby.