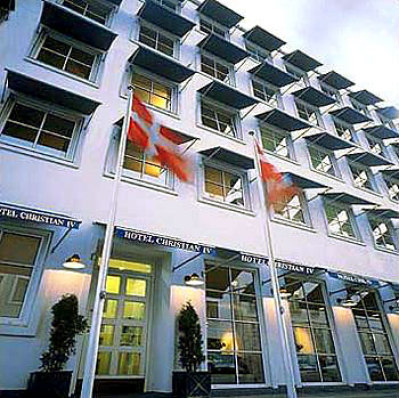 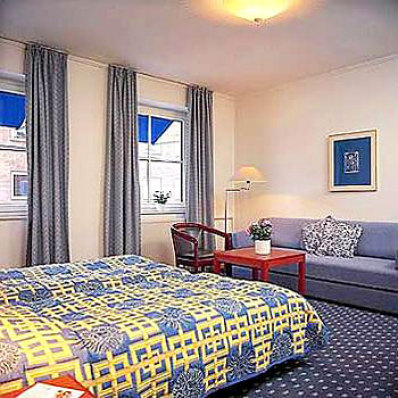 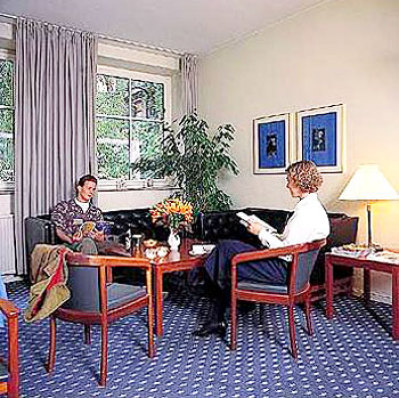 Location. The Hotel Christian IV is located in the old town of Copenhagen, Denmark, 300 metres from Rosenborg Castle and 500 metres from the 18th-century Royal Theatre. Copenhagen Kastrup Airport is 10 kilometres from the hotel.
Hotel Features. Situated in a quiet street, this modern hotel faces Kongens Have Park. Multilingual staff at the 24-hour front desk can provide concierge services and tour assistance, and secure valuables in the safe-deposit box. Complimentary newspapers and wireless Internet access are available in the hotel lobby.

Hotel Christian IV serves a complimentary Scandinavian breakfast buffet of fruits, cereals, and cakes which is available throughout the day. The hotel also has a 24-hour bar.

There is a meeting room on site.

Guests have complimentary access to a local health club. A bicycle rental service is provided on site.

Expert Tip. The colourful houses and bustling restaurants and cafes of the Nyhavn (new harbour) district are just the tip of this area's charms. As well as being the home of Hans Christian Andersen, Nyhavn has set the scene for several film productions.

Getting there. The most direct way to reach Hotel Christian IV from the airport is by metro. A direct service runs to the hotel's nearest stop, Norreport, 500 metres away. Alternatively, taxis wait in front of Terminals 1 and 3 and cost approximately 200 DKK to the city centre. This price includes taxes and tips, and credit cards can be used. Bus numbers 9, 30, 500S, and 250S run between the airport and the city centre (and beyond) until midnight every day. The number 96N runs throughout the night.

Getting around. Buses, an underground metro, trains, and water buses provide excellent transportation throughout the city. One ticket can be used for all types of public transport. Bicycles are a popular way to explore Copenhagen, and there are a number of cycle paths in the city.