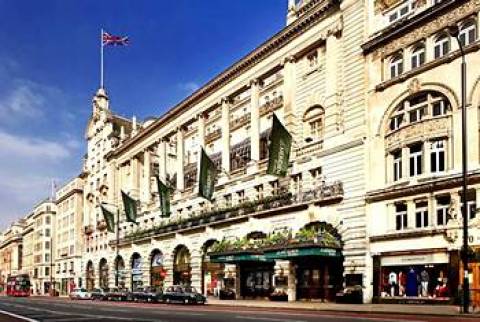 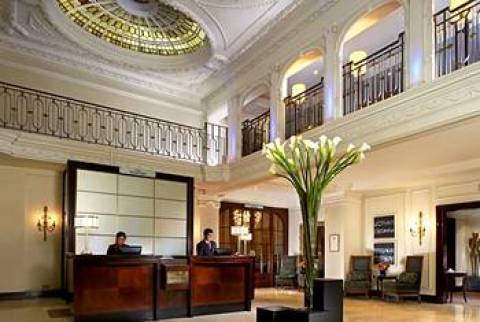 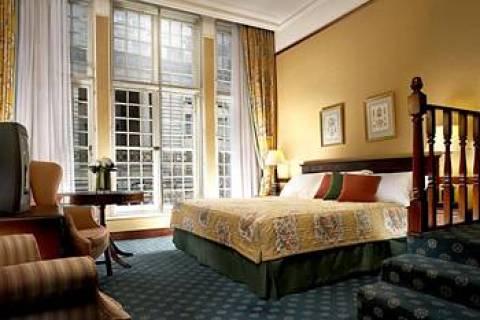 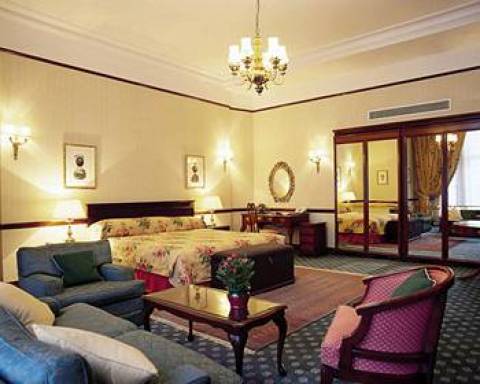 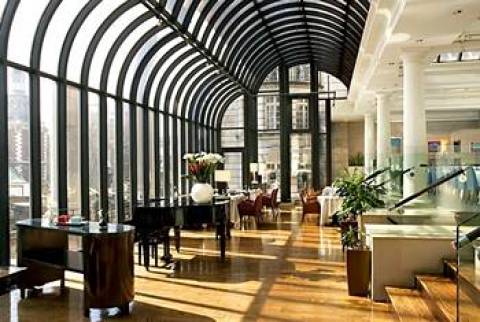 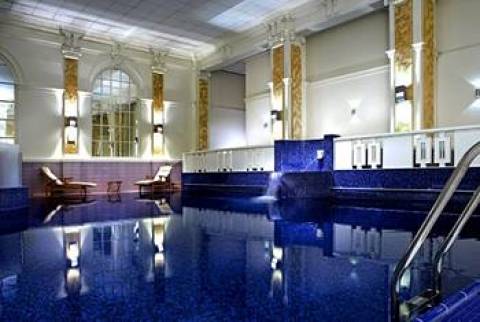 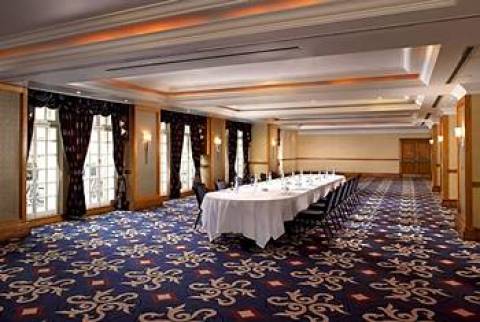 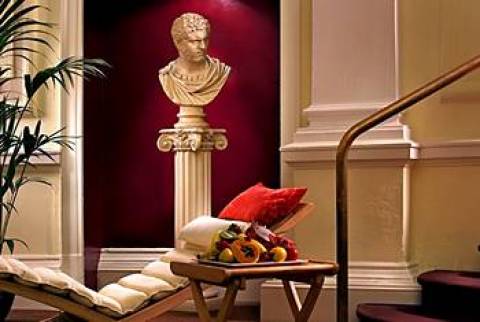 Location. The historic Le Meridien Piccadilly hotel is located on Piccadilly in the West End of London, England. Piccadilly Circus is two blocks from the hotel and Buckingham Palace is half a mile away. The shops of Piccadilly, such as Fortnum and Mason, are a short walk, and Covent Garden is half a mile away. St James's Park and Green Park are both within five blocks. Piccadilly Circus Tube station is two blocks away.
Hotel Features. The Le Meridien Piccadilly hotel was built in 1909, and its lobby features pale marble floors, original artworks and ash furniture. The lobby features glass domes, and fan-shaped windows looking onto Piccadilly.

The Terrace Restaurant and Bar is spread over two floors with an alfresco summer terrace overlooking Piccadilly. The restaurant has vaulted glass ceilings and neoclassical columns, and serves modern French cuisine. The marble-floored bar has a grand piano. The Oak Room bar retains Edwardian features such as oak panelling, Rococo carvings and large chandeliers, and is popular for afternoon tea. With its leather chairs and mahogany panelling, the Burlington Bar is a clubby venue for cocktails.

The hotel has a business centre, conference facilities and wireless Internet access (surcharge).

Expert Tip. Jermyn Street and Savile Row, both within two blocks of the hotel, are home to traditional English shirt-makers and tailors.

Getting there. The Heathrow Express train is the quickest way into London. It departs from the airport every 15 minutes, and takes 15 minutes to reach Paddington Station in central London. The journey is non-stop and costs 14.50 GBP. Paddington is on the Hammersmith and City, District and Circle, and Bakerloo lines of London's Underground (Tube). Additionally, the airport is on the Piccadilly line of the Underground, which runs directly to Kings Cross, Leicester Square, Knightsbridge, and Green Park underground stations. The journey to central London takes approximately one hour, and trains depart every 10 minutes. A one-day travel pass costs 6.30 GBP, including travel to Heathrow (in zone 6). Black taxis cost approximately 50 GBP to central London. Coaches operate to London Victoria and the rest of the UK, and the airport is also served by local buses. Prices are all subject to change.

Getting around. Piccadilly Circus Underground station is two blocks from Le Meridien Piccadilly hotel. The London Underground (Tube) and buses are the easiest ways to travel within London. Single tickets are expensive, but an electronic Oyster card offers a cheaper fare. Oyster cards can be purchased from ticket offices for 3 GBP (refundable). Daily or weekly travel passes are the most economical way to travel, and are valid on buses, trams, trains, and DLR, as well as on the Underground. Black taxis are available on the streets, but can be expensive. Driving is not recommended for visitors and a congestion charge zone is operated in central London. Valet parking is available onsite (surcharge).