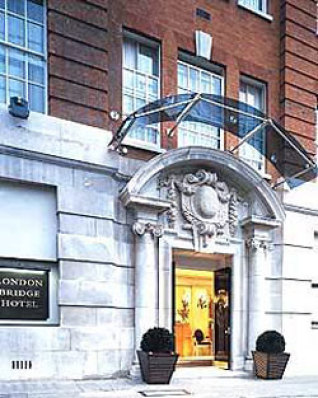 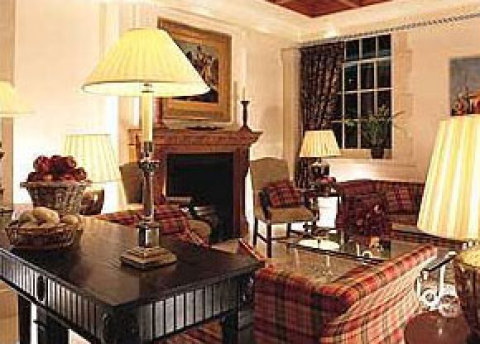 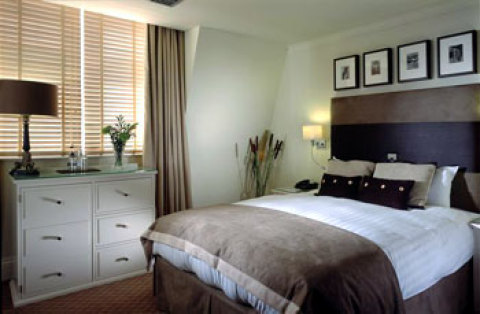 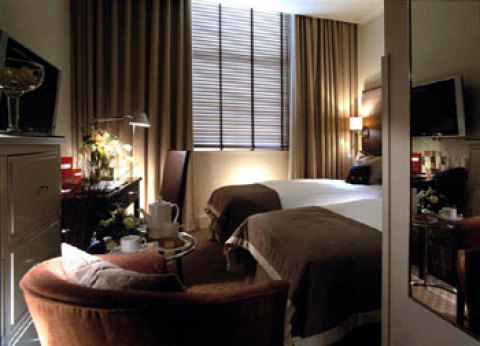 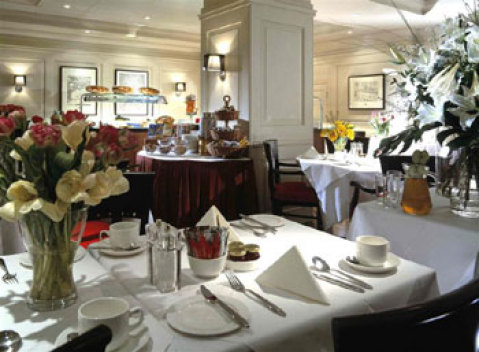 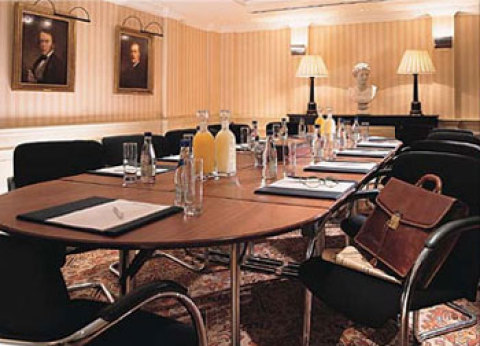 Location. The London Bridge Hotel is a neoclassical landmark in London, England, 300 metres south of the River Thames. Borough Market, the famous food market, is 100 metres away, while Bermondsey antiques market is 500 metres from the hotel. The Tate Modern art gallery and Shakespeare's Globe Theatre are both half-a-mile away. The hotel is 300 metres from London Bridge Tube station and 19 miles from London Heathrow Airport (LHR).
Hotel Features. The 1915 frontage of the London Bridge Hotel has been fully restored to reveal ornate stone carvings, and inside, the lobby features a traditional fireplace.

The London Bridge Hotel's five meeting rooms provide space for up to 100 people and can also be used for private dining. There is wireless Internet access in all public areas (surcharge).

Getting there. The Heathrow Express train is the quickest way into London. It departs from the airport every 15 minutes, and takes 15 minutes to reach Paddington Station in central London. The journey is non- stop and costs 14.50 GBP. Paddington is on the Hammersmith and City, District and Circle, and Bakerloo lines of London's Underground (Tube). Additionally, the airport is on the Piccadilly line of the Underground, which runs directly to Kings Cross, Leicester Square, Knightsbridge, and Green Park underground stations. The journey to central London takes approximately one hour, and trains depart every 10 minutes. A one-day travel pass costs 6.30 GBP, including travel to Heathrow (in zone 6). Black taxis cost approximately 50 GBP to central London. Coaches operate to London Victoria and the rest of the UK, and the airport is also served by local buses. Prices are all subject to change.

Getting around. The London Underground (Tube) and buses are the easiest ways to travel within London. London Bridge Tube station is 300 metres from the hotel. Single tickets are expensive, but an electronic Oyster card offers a cheaper fare. Oyster cards can be purchased from ticket offices for 3 GBP (refundable). Daily or weekly travel passes are the most economical way to travel, and are valid on buses, trams, trains, and DLR, as well as on the Underground. Black taxis are available on the streets, but can be expensive. Driving is not recommended for visitors and a congestion charge zone is operated in central London.