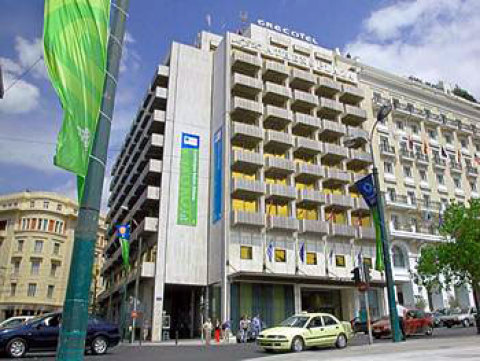 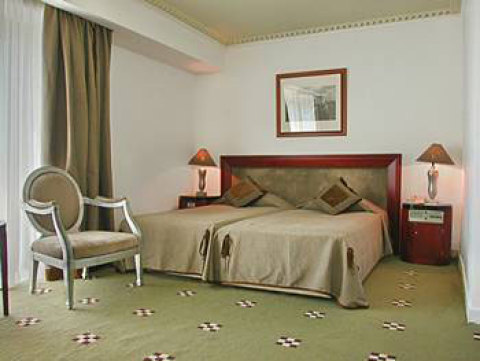 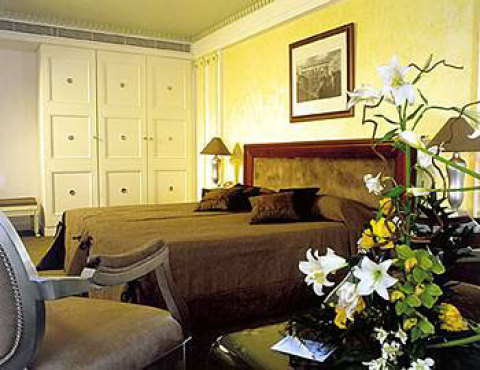 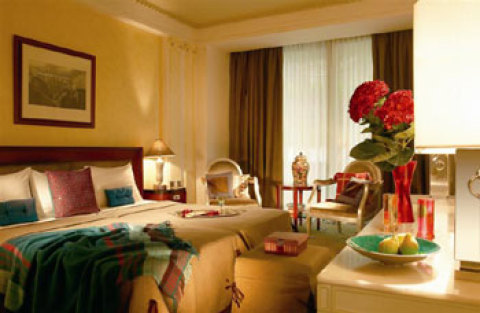 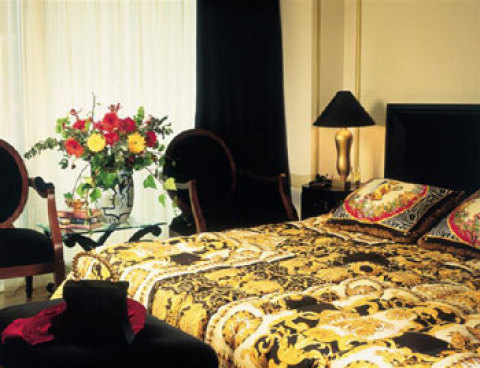 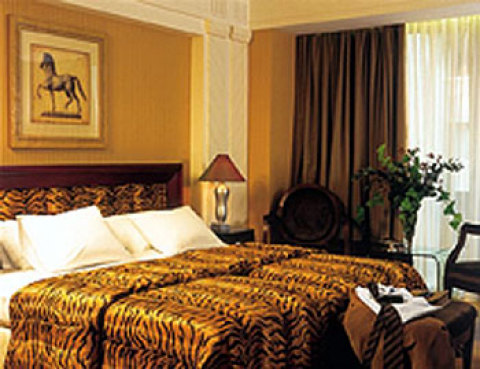 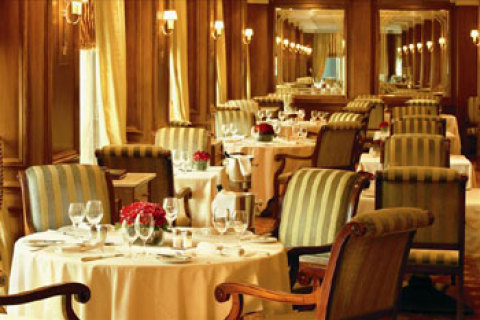 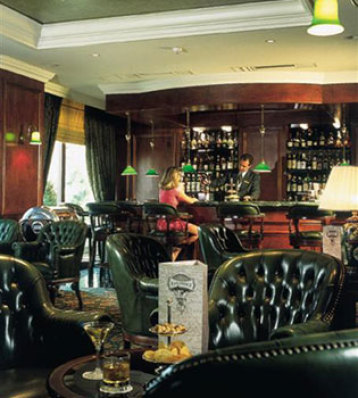 Location. The modern NJV Athens Plaza Hotel is located in Syntagma Square in Athens, Greece. Set in the business and shopping districts, the hotel is adjacent to the Parliament building and just across the street from the Constitution Square Metro station.
Hotel Features. The imposing NJV Athens Plaza Hotel, with its geometric facade and pillared entrance, features a quiet pine-floored lobby, decorated with comfortable sofas and Persian rugs.

Staff at the NJV Athens Plaza Hotel's 24-hour front desk can help with sightseeing trips to local attractions like the Acropolis, just one kilometre away.

Expert Tip. The pretty St George church and the open-air theatre that crown the Lycabettus Hill can be reached by a funicular railway, just a short taxi ride from the hotel.

Getting there. The suburban rail line connects the airport to Athens' central station, Larissis Station. Single tickets cost 8 EUR. Additionally, metro line 3 runs between the city centre and the airport. Six public bus routes cover Athens and Piraeus, as well as running to Athens Rafina Port. Taxis can be found in front of arrivals, Door 4, and cost about 25 EUR to the city centre. Prices are all subject to change.

Getting around. The hotel is located in Syntagma Square in Athens city centre. Public transport throughout Athens is inexpensive and convenient. Services include buses, trams, trolley buses and a metro service. Tickets should be validated at the orange machines on board or in metro stations. Taxis are also available and are reasonably priced. Visitors are advised not to drive in the city. Parking is available nearby (surcharge).