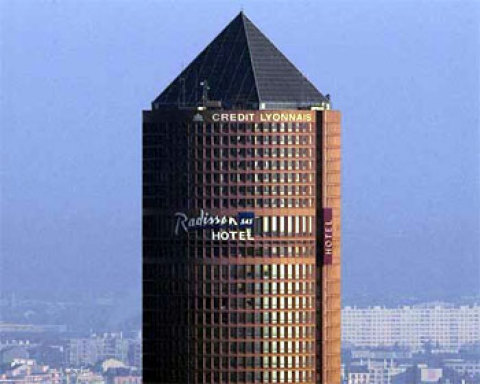 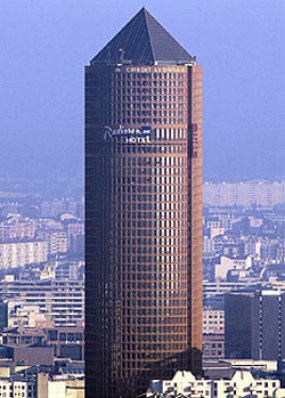 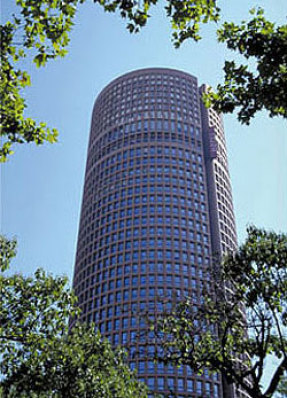 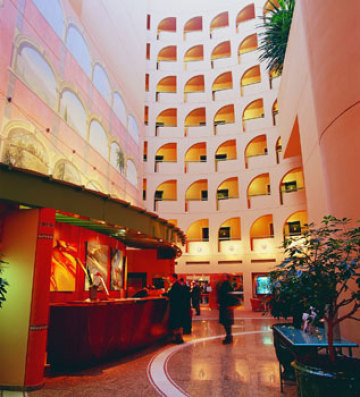 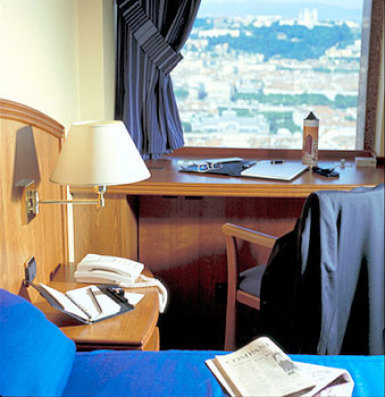 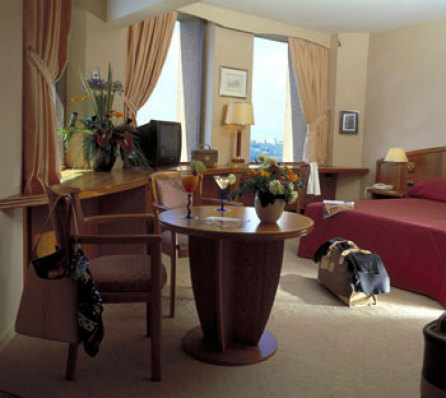 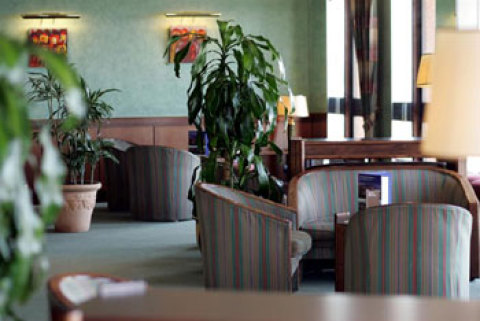 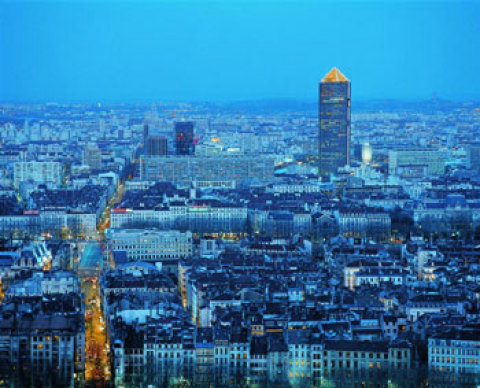 The functional Radisson SAS Hotel, Lyon, lies in the centre of the business district and 200 metres from the shopping centre, and is set in the city's tallest building. Spanning the top seven floors of this sky- scraper, the hotel has 245 guestrooms, all of which include cable television and complimentary wireless high- speed Internet access. Most rooms have panoramic views, either of old town Lyon, or towards the Alps. Decor is different on each floor of the hotel. Other amenities include direct-dial phones, bathrobes and slippers, air conditioning, minibars and hairdryers.
Guests of the Radisson SAS, Lyon, can enjoy a meal in one of two restaurants: Bistrot de la Tour is a typical French brassiere, and L'Arc En Ciel offers upmarket modern fare. Guests can relax in the Le Ciel de Lyon, a panoramic bar with live music, or work up a sweat in the fitness centre and swimming pool.
The Radisson SAS Hotel, Lyon, keeps its room service is available 24 hours a day and the multilingual staff can assist with laundry, currency exchange and a range of business services. The hotel also offers 11 meeting rooms and a regular shuttle bus which runs to and from the train station. Lyon Saint- Exupery (Satolas) Airport (LYS) is 30 minutes and a distance is 25 kilometres away. The hotel also provides complimentary wireless high-speed Internet access is available throughout the property.

Driving Directions:
A taxi rank is located in front of Terminal 1, level 1. A taxi desk is also located on level 1 in the central hall. The SATOBUS shuttle runs from the airport to a stop next to the hotel. A shuttle bus is available to the train station. A four-line metro system and over 85 bus lines service Lyon its surroundings. Tickets for both systems are obtained at city kiosks, the train stations, vending machines and from bus drivers. Lyon is also great to explore on foot; Rue Victor-Hugo and Rue de la Republique traverse the central city and extend across the Saone River into Vieux Lyon.
Driving directions: From the airport, follow signs for Lyon Centre, followed by signs for Part Dieu.