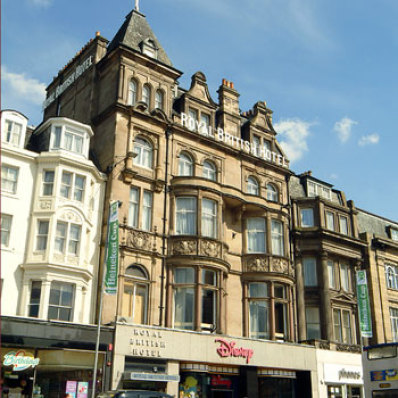 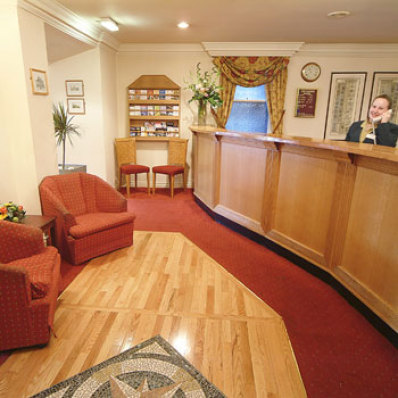 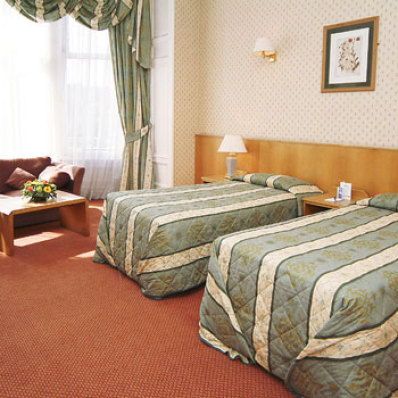 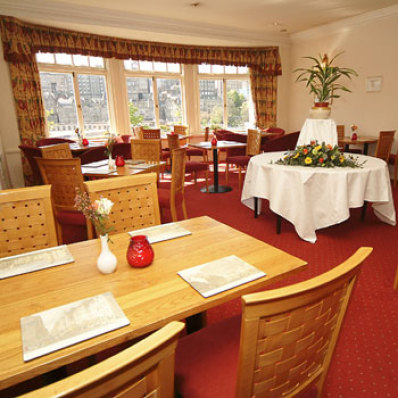 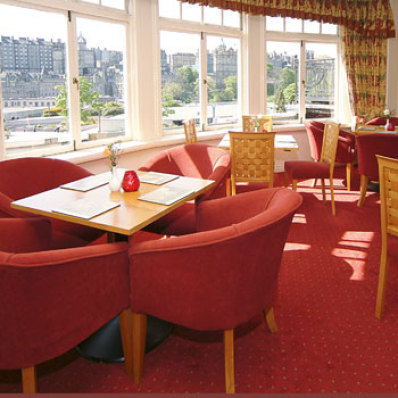 Location. The Royal British Hotel is located on Princes Street in the centre of Edinburgh, Scotland. It is very close to Edinburgh's major attractions, including Edinburgh Castle, Holyrood Palace, the Museum of Scotland and the Scottish Parliament building. Edinburgh Waverley train station is nearby, while Edinburgh Airport (EDI) is 8 miles away from the hotel.
Hotel Features. The Royal British Hotel's lobby is decorated in warm tones and its 24-hour front desk offers advice on Edinburgh attractions and currency exchange.

The hotel's Glendale Restaurant offers views over Edinburgh Castle and Princes Street. International dishes and an extensive wine list are available, and guests can sip aperitifs in the adjoining bar. Heidi's Pantry serves bar lunches, snacks and high tea throughout the day.

The Royal British Hotel has wireless Internet access throughout, and conference rooms for up to 135 people.

Expert Tip. The Royal British Hotel is 200 metres from Calton Hill. The hill offers panoramic Edinburgh views, that are regularly used in photographs and paintings of the city.

Getting there. Airlink 100 operates express bus services to the city centre. Buses run every 10 minutes and depart from the bus station next to the terminal. An open-return pass costs 5 GBP. The N22 night bus runs between midnight and 4 a.m. Taxis wait at a rank next to the terminal, and cost approximately 10 GBP-20 GBP to the city centre, depending on traffic and time of day. Waverley, Edinburgh's main railway station, can be reached by bus or taxi. Regular trains leave Waverley for Glasgow and most major destinations throughout Scotland and England. Prices are all subject to change.

Getting around. The Royal British Hotel is in the centre, on Princes Street. Edinburgh city and the Lothian region are served by a good bus network. There are hop-on, hop-off stops for city bus tours throughout central Edinburgh. Black cabs are available from the streets. The historic centre's cobbled streets are best explored by foot. Driving is not recommended for visitors, due to the complicated one-way systems. The hotel does not offer free parking, but it does have special rates for customers at the nearby Greenside Car Park on Leith Street.